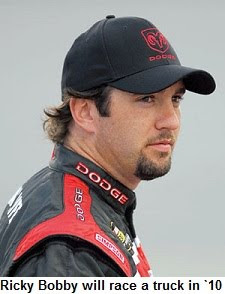 Kevin Harvick and Elliott Sadler will share time in Kevin Harvick, Incorporated’s No. 2 Chevrolet Silverado in 15 NASCAR Camping World Truck Series races this season. Sadler will kick off the season in the series opener at Daytona, making his first Truck Series start since 2003. Harvick returns to a truck that he piloted to back-to-back wins at Phoenix and Homestead-Miami Speedway at the end of last season. The driver lineup for the remaining 10 Truck Series races will be announced at a later date.

“I really enjoy being a part of the Truck Series,” said Harvick. “I feel like the combination of Doug George as crewchief and Elliott and I will bring experience and success to the team immediately.”

“Racing in the truck series in 2010 with KHI will be a blast,” said Sadler. “It’ll be nice to jump in the truck and go out and race for wins and not have to worry about points. We’re going to kick the year off with a bang in Daytona and have some great races to run between then and the finale in Homestead. Every track that’s on my schedule is a place I know we can go out and win. This is going to be a lot of fun.”
Posted by Dave Moody at 1:33 PM