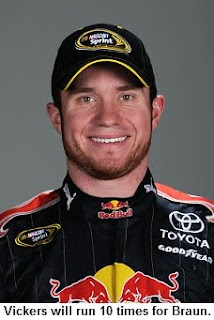 The loser will be required fly the rival track’s flag over his speedway for three days following the game, while wearing the shirt and hat of the winning team. The winner will also eat well at the loser’s expense, with Texas’ Gossage offering up a lunch from Sonny Bryan's Smokehouse, while Talladega’s Humphrey counters with a plate of Dreamland Barbeque ribs.

Knowing the personalities of the men involved, a liberal dose of post-game “woofing” is also expected. 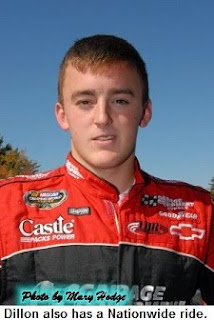 Dillon is the grandson of team owner Richard Childress and the son of RCR Vice President of Competition Mike Dillon. “We are going to run full time with Austin in the truck… we do have a sponsor, and we’re real excited about it,” said the elder Dillon this week. He also revealed that plans for a second RCR Truck Series entry have been scrapped, adding, “We decided to go another route.”
Posted by Dave Moody at 12:47 PM