Burton Headed For TV Booth In 2015 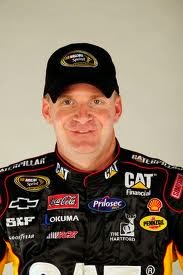 NBC Sports Group has reached a multi-year agreement with NASCAR Sprint Cup Series driver Jeff Burton, who will transition out of full-time driving and into the role of NASCAR analyst when the green flag waves over NBC Sports and NBCSN’s upcoming slate of NASCAR coverage.  The addition of Burton, who has already won 48 times on NASCAR’s national circuits over an exciting 25-year career, places one of the most respected and passionate voices in motorsports into the center of NBC’s soon-to-be-introduced NASCAR broadcast team.  The announcement was made today by Sam Flood, Executive Producer, NBC Sports and NBCSN.


“Jeff Burton was always the first person we would seek out when there was breaking news or an issue that needed to be covered throughout our previous contract with NASCAR, so he was the first person we called for this role,” said Flood. “His insights, keen observations and many trophies have earned the respect of everyone involved with the sport.  He will be an outstanding analyst, and has everyone here looking even more forward to getting started.”
Burton will do double duty throughout the 2014 season, racing a schedule of select Sprint Cup Series races with Michael Waltrip Racing while also contributing to NASCAR programming on NBCSN.  When NBC Sports Group’s exclusive coverage of NASCAR Sprint Cup and Nationwide Series racing begins in 2015, Burton will serve as a full-time analyst on NBC and NBCSN.
"This is an exciting new challenge and I am thrilled to be joining the NBC Sports family,” said Burton.  “I will prepare for each race as if I were driving in it, and I look forward to sharing my experience, views and insights with all the dedicated and passionate NASCAR fans.”
In November, Burton became just the sixth driver to earn his 1,000th NASCAR career start.  Named NASCAR Cup Series Rookie of the Year in 1994, he has since captured 21 NASCAR Sprint Cup Series victories.  Burton broke into NASCAR’s Nationwide Series in 1988, where he raced full-time until 1993 and on a limited basis until 2009, winning 27 times along the way.  Regarded as a trusted advocate for the sport, Burton has worked closely with NASCAR on numerous safety issues and programs, including the creation of safer seats, track walls, cockpits, helmets, uniforms and HANS devices.
On July 23, 2013, NASCAR and NBC Sports Group reached a comprehensive agreement that grants NBC Universal exclusive rights to the final 20 NASCAR Sprint Cup Series races, final 19 NASCAR Nationwide Series events, select NASCAR Regional & Touring Series events and other live content beginning in 2015.
With this partnership, NBC’s 20 Sprint Cup race schedule includes a designation as the exclusive home to the Chase for the NASCAR Sprint Cup, when the elite national series races through its final 10 events of the season.  The Chase culminates with the season-ending championship event, which returns to network television in 2015 for the first time since 2009. Of NBC Sports Group’s 20 NASCAR Sprint Cup Series events, seven will be carried on NBC annually, with 13 airing on NBCSN. Four of NBC Sports Group’s 19 NASCAR Nationwide Series races will air on NBC, with 15 airing on NBCSN.
In addition to NASCAR’s Sprint Cup and NASCAR Nationwide Series races, NBC also obtained exclusive rights to practice and qualifying sessions for NBC’s national series events during their portion of the season, as well as rights to broadcast the NASCAR K&N Series, NASCAR Whelen Modified Tour, NASCAR Toyota (Mexico) Series, the NASCAR Hall of Fame induction ceremony and NASCAR’s season-ending banquets. Further, NBC is granted Spanish-language rights, certain video-on-demand rights and exclusive TV Everywhere rights for its NASCAR Sprint Cup Series and NASCAR Nationwide Series events.
Posted by Dave Moody at 2:32 PM