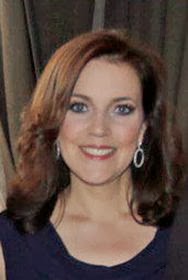 The late Marcy Scott of Atlanta Motor Speedway has been named the fourth quarter recipient of the National Motorsports Press Association’s Spirit Award.


Scott, the marketing and promotions director for the facility, passed away Nov. 1 following a lengthy battle with breast cancer.
Scott, 42, was a key member of the AMS team for eight years.
“We will all miss her charisma, her penchant for detail and her way of making any task fun and enjoyable,” AMS president Ed Clark said. “To people throughout the NASCAR and the Atlanta media communities, she was a great friend and a consummate professional.”
Prior to joining the staff at Atlanta, Scott served as a public relations representative for several NASCAR competitors and teams.
The NMPA Spirit Award is designed to recognize character and achievement in the face of adversity, sportsmanship and contributions to motorsports.
Other quarterly recipients for 2013 were John Cardinale (Sonoma Raceway), Jimmie Johnson and the Kyle Busch Foundation.


An overall winner will be selected by a vote of the NMPA membership and announced in January.