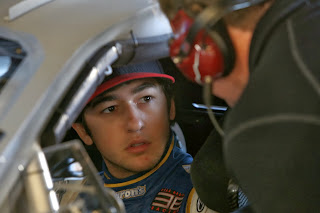 Bill Elliott has a big place in the history of racing at Daytona International Speedway. He is a two-time Daytona 500 champion and the record holder for the fastest lap around DIS in a stock car with a speed of 210.364 mph.


On Friday, the next chapter in the Elliott legacy at the “World Center of Racing” began as Elliott’s son Chase took his first laps around the storied 2.5-mile tri-oval as part of the three-day ARCA Racing Presented By Menards test session.


“It was really exciting for me,” Elliott said of his first laps driving the No. 9 Hendrickcars.com Chevrolet around Daytona. “I told Dad this when we were flying down here, it’s weird coming down here and not to come watch him (drive). It’s kind of a weird feeling for him and I both.”


Elliott is among the approximately 40 drivers that are taking part in the three-day test session that teams are using to prepare for the Lucas Oil 200 Presented By MAV TV American Real on Saturday, Feb. 15, part of Budweiser Speedweeks 2014. 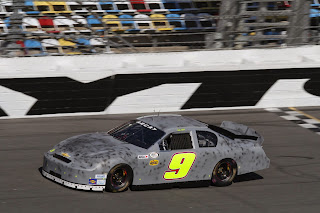 “The race track has been good,” Elliott said. “Doing qualifying runs is pretty straight forward. If we ever get a chance to do a little bit of drafting, that’s where I’m going to have to learn a lot there. The superspeedway stuff is different for me.”


Bill Elliott is in attendance for the test and Chase plans to pick his brain when it comes to drafting.
“I think his knowledge and his experience is going to be more so beneficial when it comes time to be around other cars,” Elliott said. “I think he’s one of the best when it comes to understanding the air and what it takes to take advantage of it when you’re with other guys around you and trying to get runs on people. Whenever that side comes into play, I’m sure he is going to have some tips for me.”


The 18-year-old Elliott of Dawsonville, Ga., is one of the rising stars in stock car racing. He is a developmental driver for Hendrick Motorsports and has been competing in the NASCAR K&N Pro Series, ARCA and the NASCAR Camping World Truck Series.


In 2013, he accomplished some impressive achievements.


In ARCA, he became that series’ youngest winner at Pocono Raceway in June.


Elliott’s plans for the 2014 season have not been finalized but he does have plans to compete in the Lucas Oil 200 Presented by MAV American Real, the 80-lap, 200-mile race that is held prior to The Sprint Unlimited.


“To finally be able to come down here and be a part of this is pretty neat,” Elliott said.


ARCA testing continues through Sunday and is open free to the public with access to the Oldfield Grandstand through the lobby of the Daytona International Speedway Tours and Ticket Building.
Posted by Dave Moody at 5:58 PM