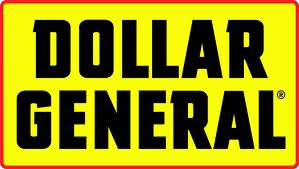 Dollar General and Joe Gibbs Racing have expanded their partnership agreement for the 2014 NASCAR Sprint Cup Series season. The Goodlettsville, Tenn.-based retailer will increase its sponsorship to 27 races with Matt Kenseth and the No. 20 team, up from 17 in 2013. As one of the top contenders for the Sprint Cup Series Championship, Kenseth celebrated seven wins in 2013 – more wins than any other driver in the series.


“Dollar General is excited to build on its successful partnership with Joe Gibbs Racing and sponsor more races with Matt Kenseth and the No. 20 team next year,” said Rick Dreiling, Dollar General’s chairman and chief executive officer. “NASCAR is key to connecting with our customers, many of whom are loyal race fans, and we look forward to a continued partnership with JGR to further our business.”
“Having the talent and passion in a driver like Matt and the way he represents our brand is a dream come true for a sponsor,” Dreiling continued. “The excitement and professionalism that Matt brings to the sport is exceptional and one of this year’s highlights for me has been watching him celebrate in Victory Lane seven times.  On behalf of the Dollar General team, let’s go racing in 2014!”
Dollar General will again get the opportunity to showcase its brand for the season-opener at Daytona International Speedway where Kenseth is a two-time Daytona 500 winner. Dollar General’s increased 27-race partnership for 2014 will also include the season finale at Homestead-Miami Speedway, as well as highlight Sprint Cup Series events at Talladega Superspeedway in May, Indianapolis Motor Speedway in July, the final race before the Chase for the Sprint Cup at Richmond International Speedway, the Chase kick-off race at Chicagoland Speedway and the October event at Charlotte Motor Speedway.
“Dollar General has a tremendous enthusiasm for our sport, and as a driver, it’s great to have such a supportive sponsor behind you,” said Matt Kenseth, “In our first year together, the No. 20 team had such an unbelievable season. I’m really looking forward to getting back out on the track and representing Dollar General again in 2014.”
With the additional 10 races in which Matt Kenseth will drive the Dollar General No. 20 Toyota Camry in 2014, the major discount retailer looks to continue its consumer activation by driving sales and customer loyalty.
“We are very excited about our expanded partnership with Dollar General,” said Joe Gibbs, owner and founder of Joe Gibbs Racing, “Matt, Jason (Ratcliff, crew chief) and the team had a remarkable season this year, and we’re looking forward to seeing them continue that success in 2014. Dollar General is a fantastic partner, and it’s great to see how well the company uses the motorsports platform to support its branding and marketing efforts.”
Posted by Dave Moody at 12:14 PM