Busch Surprised By Speed Of Return 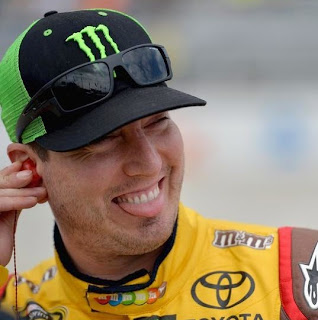 Kyle Busch said today that his impending return to the NASCAR Sprint Cup Series caught even him by surprise.

Speaking in a media teleconference this afternoon, the Joe Gibbs Racing driver admitted that his return to active competition Saturday night at Charlotte Motor Speedway is something that “not a lot of folks would have thought (possible) that night in February, in the hospital.”

Busch will return to the driver’s seat of the No. 18 M&Ms Toyota for the first time since suffering a compound fracture of his right leg and a broken left foot in a NASCAR XFINITY Series race at Daytona on Feb. 21.

“There have been good days and there have been bad days,’’ admitted Busch today. “I would have said a few weeks ago that I’m probably ready for a return at Talladega or Kansas. But then there’s been a day or two within (the last) two weeks where I was like, “Oh man, I’m glad I didn’t decide to come back. I’m glad we waited a little bit longer.’ Some days you might feel a little bit worse after too much therapy… brings on some pain symptoms.”

Busch said his comeback was “faster than anyone would have anticipated, even the doctors,” saying he is proud of a rehabilitation regimen that saw him complete five hours of therapy, 3-5 days per week.

“Physically, this is obviously the biggest challenge (of my career),” he said. “Even mentally, in the beginning, it was a tough challenge to get myself back into raceable condition. Obviously, you want to be back as soon as you can, but things will only happen so fast.

“I feel like this is a great accomplishment… to come back as quickly as I’ve been able to.’’

Busch said he took part in two lengthy tests in a Kyle Busch Motorsports Late Model in recent weeks, testing his mending right leg and left foot against the rigors of the race car.

“It was shaking the rust off for me, but also proving that I can handle brake and clutch with the foot and making sure the (right) leg wouldn’t tense up or spasm in the race car. It worked good to simulate as much of the racing conditions as we could.

“I was the only car on the track, so you couldn’t simulate racing side-by-side, but we did have random cautions in there, practiced coming in and out of the pits, applying sudden brake pressures (and) things of that nature to simulate -- as best as we could -- race conditions to (see) how I would be able to respond, how well my body would respond.’’

Asked about the possibility of receiving a waiver to compete in the 2015 Chase for the NASCAR Sprint Cup, Busch said he has had “good dialogue” with NASCAR on the topic, but is unsure what their final decision will be. He also said he will focus on his Sprint Cup Series effort for the time being, and will not resume racing in the XFINITY and Camping World Truck Series.

“The game plan right now is to focus on the Cup Series for the time being,’’ he said. “I think that will be enough on my plate for the next several weeks. I plan to work my way back to multiple series, but it’s a process of its own, and we’ll be smart about that.