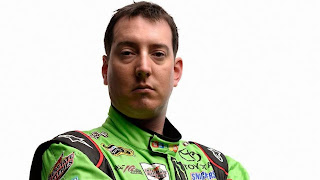 Kyle Busch has always been fast behind the wheel of a race car. Apparently, he’s no slouch when it comes to healing, either.

Sidelined since suffering a compound fracture of his right tibia and fibula and a broken left foot in a season-opening NASCAR XFINITY Series crash at Daytona International Speedway on February 21, Busch confirmed today that he will return to competition in Saturday night’s NASCAR Sprint All-Star Race at Charlotte Motor Speedway.

“I’m back,” said Busch via Twitter this morning, accompanied by the hashtag #RowdyReturns. Sources say the Joe Gibbs Racing driver successfully tested a Late Model car at South Carolina’s Greenville Pickens Speedway last weekend -- his second test in the last three weeks – and has been cleared by his doctors to return to action.

Contested in five segments of a maximum 20 laps each, Saturday’s Sprint All-Star Race provides an ideal venue for Busch’s return. If he is able to race competitively and without significant pain, he is almost certain to compete the following weekend in NASCAR’s longest event, the Coca-Cola 600 at Charlotte.

Once back behind the wheel, Busch’s main concern will be qualifying for the Chase for the NASCAR Sprint Cup. NASCAR Chairman and CEO Brian France said recently that he would like to find a way to make Busch eligible for the Chase by waiving a requirement that he compete in each of the 26 regular-season races. Even if a waiver is granted, however, Busch will presumably still be required to finish in the Top-30 in championship points and win a race.

Former series champion Tony Stewart currently ranks 30th in Sprint Cup standings and is on a path to accumulate approximately 420 championship points by the end of the regular season. Busch will have 15 races to overtake Stewart, an average 28 points per start; a finish of 16th or better.


Busch and his wife, Samantha, are also awaiting the birth of their first child – a son – later this month.
Posted by Dave Moody at 11:54 AM