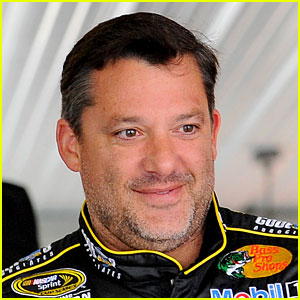 
Stewart said today’s announcement began “as casual conversation in passing, and then got more serious. The more we talked to the group at Ford, the more we realized that our passion and desire to win races and championships and their approach (are) very much in line.”
He said the time has come for SHR to become more autonomous, doing more of its own work instead of relying on technological partners.
“We’re trying to do everything we can to be as self-sufficient as we can,” he said. “We’re going to be adding a lot of personnel to our organization -- doing our own chassis program -- and we’re excited about it. It’s not just changing OEMs, it’s a great opportunity for us to get out of the shadows and, to some degree, get off the coattails (of Hendrick Motorsports)… and get out on our own. I think that’s something everybody here at SHR is really excited about, and proud that we’re finally in a position to… branch out in this way.”
He said Ford offered SHR the opportunity to begin charting its own course, while also providing an impressive amount of technological support.
“It was the resources…we would have access to (that) really intrigued us,” he said. “The one thing that really caught our attention was how dedicated they are and the amount of resources they’re willing to put forth to help us all accomplish the goal (we all) want to accomplish. That was very impressive. The technology layer is huge.  They’re giving us something that we really need right now, something that’s going to help us down the road. 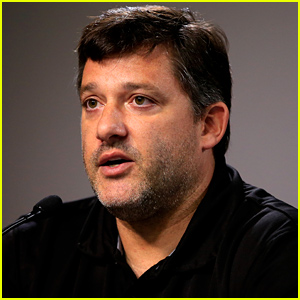 “The sport evolves so fast,” he said. “If you’re going to put yourself in a position to be at the top of the field each week, there are things you have to do on your own. I think we’ve learned a lot with our partnership with Hendrick, and have valued that. But when (former Hendrick engineer-turned Stewart Haas Technical Director) Rex Stump came into our organization, that gave us a lot of confidence… that we could do it on our own. Everyone in upper management agreed that this was the right thing for our company. None of this was done on a coin toss. We put over six months of thought into it and after that we realized that we feel very comfortable with this decision to branch out.”
Stewart stressed that he harbors no dissatisfaction with Chevrolet, but “when we got in conversations with the Ford group, it just really seemed like a partnership that made a lot of sense.  The longer the conversations went, the more excited both sides were about making this a reality.”
The three-time Sprint Cup Series champion said he informed Rick Hendrick before the start of the season that a manufacturer change was likely in 2017.
“At the beginning of the year, we reached out to Rick and let him know that we were probably going to make a change. We weren’t 100-percent decided yet, but we were 99.9 percent there. We wanted to be fair to Rick. That was something that was important to us, to make sure that we reached out to him and let him know about this before he heard it from anyone else.
“We’ve had a great relationship with Hendrick Motorsports,” said Stewart. “Rick was a big part of helping me meet Gene Haas and Joe Custer, and helping me become part of the Stewart-Haas family. We’ve had a great relationship with their motor program, the chassis program and the technical side, and we’re grateful for the partnership we’ve had with them. Obviously, it will change in some respects for 2016 with this news. But we believe we’ll still have a really good working relationship for another year.”
Stewart said he does not expect any competitive issues during the changeover to Ford, adding, “We’re early enough in the season that it will give us some time later in the year to really get working on this project.  I don’t feel like it’s going to be a step backward. We’ve got Greg Zipadelli, we have Rex Stump who came from Hendrick. I feel like we’re pretty stacked on personnel and quality people that can make sure when we make this move that we’re as prepared as possible.  I don’t anticipate any setbacks.
“I feel like when we come out of the box next year, we’re going to have our ducks in a row.  There could be growing pains, but I’m pretty confident… that we’re going be as prepared as we can be going into next season.”
Posted by Dave Moody at 1:51 PM