Kurt Got It Right This Weekend

Kurt Busch got it right this weekend; both on and off the race track. 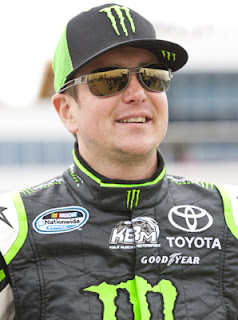 The supremely talented former Sprint Cup Series champion turned in a pair of virtuoso performances at Road America and Sonoma, following each outing with a sincere, controlled and enjoyable round of post-race commentary.

After a 2,178-mile commute from Sonoma, Calif., Busch arrived at Road America in time for a single, pre-qualifying Pace Car lap of the 4.049-mile road course. He qualified 22nd, then reported issues with the car’s transmission that dropped him to the tail of the starting grid after a replacement transmission was installed. He joked of learning more about the track while waving to fans during a pre-race ride-around in the back of a pickup truck, and once the green flag flew, Busch put that newfound knowledge to work. From a last-place starting spot, he passed 13 cars in the opening lap alone. He overcame a pit road miscue that left his tank only partially filled with fuel, and rebounded from damage sustained when Miguel Paludo overshot a turn and used Busch’s left-front fender as an inadvertent guard rail.

At day’s end, Busch wheeled brother Kyle’s Monster Energy Toyota Camry under the checkered flag in eighth-place, prompting expressions of awe from even his most ardent detractors.

"We didn't have enough for them today," said a satisfied, smiling Busch to his crew, before transferring to a helicopter to begin his return trip to Sonoma.

Sunday, Busch was a force to be reckoned with in James Finch’s unsponsored No. 51 Chevrolet, jousting with eventual winner Clint Bowyer for the lead in the late going, despite a broken panhard bar mount that cause him to struggle in the turns. Despite losing the race – and the runner-up spot to Tony Stewart – Busch spoke proudly of his effort afterward.

﻿ ﻿
"When you're on a third of the budget and you almost bring it to Victory Lane, you can't say that one guy does it," said Busch. "It takes a full team effort. I really wanted to deliver for my guys today, and being that close and making one mistake, it's a tough game.
"Having a wounded car like that, I had to yield to Tony,” he admitted. “I didn't want to get up into the loose gravel and lose a bunch of spots. So it's a great day for Phoenix Racing and James Finch, who gave me this opportunity.”
Busch revealed he had to coax Finch into racing at Sonoma at all, saying, “(James was) like, `The hell with that road racing stuff, I ain't even going out to California.’ So it's great to surprise him with a nice Top-3 finish out here."
"I'm a little choked up," he admitted. "These guys work so hard building these cars. Over the years, James Finch has only specialized in superspeedway cars. Now we’re building mile-and-a-half cars, short track cars and they pieced this road race car together Monday at midnight. And here we are. We had a shot at winning.”
Busch said his successful weekend gives him confidence that he can turn his season around and conquer the personal demons that have dogged him in the past.
"If I can get my head on straight here -- and after the race -- then I'm able to race every weekend and go for victories.”
Photo Credits: Sportsillustrated.cnn.com, nascarmedia.com
Posted by Dave Moody at 11:15 AM