The Rules Of Engagement For Drivers and Reporters

In the aftermath of Kurt Busch’s latest set-to with the media, questions have arisen regarding the relationship between drivers and reporters, and whether there are unwritten rules of engagement between the two camps. 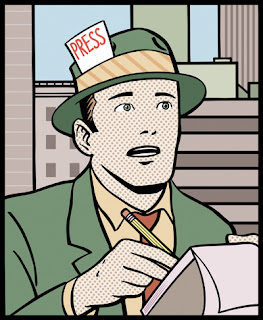 Most of the time, drivers and media members coexist peacefully, reaping the benefits of a positive, co-dependent relationship. Drivers need the media to publicize themselves, their sponsors and their teams, while reporters cannot adequately cover the sport without access to the men behind the wheel. Both sides know what is expected of them, and for the most part have little or no difficulty working together.
Contrary to widely held belief, the media is not required to provide a “cool down period” after a race. Drivers are free to request a few moments of down time before meeting with reporters, and often do.  Since many print reporters operate on deadline, they need to speak with top-finishing drivers as soon as possible after the checkered flag flies. Questioning angry or upset drivers can be an adventure at times, but reporters understand that it’s an emotional sport and take the occasional curt or colorful answer as part of the cost of doing business.
Conversely, the media cannot force a driver to talk. Other than post-race Media Center appearances mandated by NASCAR, drivers are under no obligation to talk to anyone, at any time. Drivers sometimes retreat to the safe confines of their transporter after a race, rather than risk making an angry or inappropriate comment in the heat of the moment. Blaming a reporter for a driver’s post-race meltdown is like blaming the mailman for delivering too many bills. If you don’t want to talk, simply say, “No comment” and walk away.
It is not the media’s job to go easy on a driver by asking softball questions. In fact, reporters have a right and a responsibility to ask difficult questions, when necessary. If I’m unwilling to ask Joey Logano about his future at Joe Gibbs Racing, my boss will almost certainly replace me with someone who will. 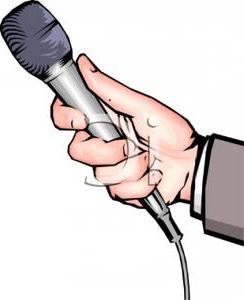 When a reporter asks a difficult question, he/she is not trying to goad a driver into a temper tantrum. Nobody enjoys being the target of an expletive-laced diatribe, especially when it’s delivered in front of a crowded Media Center, or on national television. Nobody enjoys being called names, or threatened with physical violence.
Most reporters want to cover the news, not be the news. Grumpy drivers are part of the job, and media members try not to take it personally. Threaten to kick their ass, however, and they’ll probably hold a grudge for a week or two. They’re only human, after all.
On the rare occasion (and it really is rare) when a driver loses his/her cool, the media should not be expected to ignore the incident. We cover drivers on their good days, and we’re going to cover them on their bad days, too. This is not 1947, when reporters “buddied up” to professional athletes and turned a blind eye to their shortcomings.
Some fans wonder why the media doesn’t simply ignore crotchety drivers in response to belligerence, obscenity, or threats of physical violence. The reason is simple.
It’s not our job.
We’re not at the track to punish evil-doers. We’re there to cover the race. In order to do our job properly, we need to talk to the key players, whether or not they acted like a boob last weekend.
And finally, it’s okay for a reporter to have favorites in the garage. When I need a question answered on race day, I look for specific drivers who will provide a thoughtful, insightful, informative answer. I’m less likely to seek out guys who respond with empty, rubber-stamp answers, or make it clear they’d rather be checked for ticks than spend time being grilled by a nosy reporter.
That’s why guys like Jeff Burton and Mark Martin have long lines of reporters waiting to pick their brains every week. It’s also why a well-considered, outside-the-box answer from Tony Stewart is worth the occasional, “Did you really just ask me that” moment.
Posted by Dave Moody at 1:27 PM