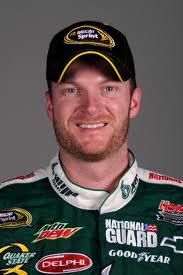 It is the 11th consecutive year Earnhardt Jr. has been selected through a vote of the fans, breaking a tie with Bill Elliott for most consecutive awards received. Elliott continues to hold the overall mark, having been named the series' most popular driver 16 times.


"I don't really keep track of the stats or the score, but Bill was a great driver and ambassador for the sport," Earnhardt Jr. said. "He represents the sport really well to this day, as does his son Chase, who's coming up and carrying on the family name. But, I've always looked up to Bill as a driver so it's pretty neat."
More than 1 million votes were tallied for 39 eligible drivers from this year's first race to the last at the site www.MostPopularDriver.com. Fans voted once per day with Earnhardt Jr. collecting more than 700,000 votes.
The award was presented to the Hendrick Motorsports driver today during the annual NMPA Myers Brothers Luncheon, a part of the season-ending Champions Week activities in Las Vegas.
The final top-10 drivers, in order of votes received were: Earnhardt Jr., Kasey Kahne, Jeff Gordon, Tony Stewart, Danica Patrick, Jimmie Johnson, Kevin Harvick, Matt Kenseth, Kyle Busch and Carl Edwards. Earnhardt Jr. is still honored to receive the trophy.
"We always have such great support from our fans," Earnhardt Jr. said. "They always come through every year, and this year we feel like we were giving them a lot to cheer for on the race track and paying them back for all the years they've voted for us to win this award."
The NMPA Most Popular Driver distinction has been presented every year since 1956. Initially determined by a poll among drivers taken at season's end, it was later changed to allow members of the media to determine the winner. Today, race fans from all over the world make the ultimate decision.
"We congratulate Dale Earnhardt Jr. for this record-breaking achievement," said Kenny Bruce, President of the NMPA. "This is NASCAR fans opportunity to be heard during Champions Week here in Las Vegas.  On behalf of all those who voted, we thank you and are proud to continue to support the NMPA NASCAR Most Popular Driver Award."
Posted by Dave Moody at 4:56 PM