The Demise Of The Dinosaur

When the last pterodactyl fell off its perch, there was nobody around to notice. The final Tyrannosaurus Rex sank into the tar pit with little or no notice, and the last brontosaurus keeled over without so much as a press release to herald the demise of its gene pool.

There’s another species teetering on the brink of extinction today; the single car NASCAR team. And while there are still a few left, it behooves us all to take notice. 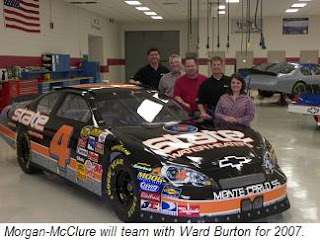 Not one single-car team finished among the Top-20 in this season’s NASCAR Nextel Cup point standings. The top-ranked solo entry was Jeff Green’s Haas-CNC Racing Chevrolet, which finished a lowly 28th in the final rundown. Robby Gordon steered his self-owned Chevy to 30th, the only other single-car effort in the Top 30. Few were surprised at the lack of one-off racers at the front of the Nextel Cup pack. In fact, most observers express shock that even two single-car operations were able to crack the Top-30.

It wasn’t always that way.

In their day, single-car teams were the exception, rather than the rule. As little as 20 years ago, most drivers owned their own equipment, and very few fielded more than a single entry on a weekly basis. Richard Childress had one car back then; a #3 Chevrolet that he drove himself. Today, he fields a trio of Nextel Cup entries for Kevin Harvick, Jeff Burton and Clint Bowyer, and a couple of stout Busch Series machines, as well. Ole’ RC is far from alone in rolling out multiple entries on Sunday afternoon. Jack Roush has five (at last count), Rick Hendrick has four, while Joe Gibbs, Ray Evernham and Dale Earnhardt, Inc., field three cars each.

Even some of the single-car operations need the support of their multi-car brethren to survive. Both Green and Gordon used engines purchased from one of the superteams in 2006, Hall Of Fame Racing relied heavily on its partnership with Joe Gibbs Racing to field cars, and even the two-car Petty Enterprises team uses power from Evernham to drive its Dodges. 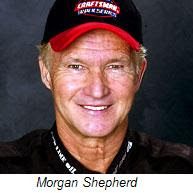 There are a few Morgan Shepherds, Morgan-McClures and Furniture Row Racings left in the Nextel Cup garage these days, but not many. And not very competitive.

Ward Burton, who signed to drive for the single-car Morgan McClure team next season, knows he’s in for an uphill fight, saying, "We've got a lot of work to do, but we're excited about it. Hopefully, we can get that ship righted and get the #4 car back to where it used to be."

It’s been more than a decade since Larry McClure won three Daytona 500s with Ernie Irvan (1991) and Sterling Marlin (94 and `95). Their last win came with Bobby Hamilton at the wheel in 1998, and in that time, the team has fallen dangerously behind. A single driver – even one as good as Ward Burton – and his lone crewchief will find it difficult to catch Jack Roush’s five-car juggernaut. They’ll probably find it downright impossible.

So at some point next February, amid the hubbub and pandemonium of Daytona Speedweek, take a moment to wander by the garage stall of Morgan-McClure Racing, Furniture Row, or Morgan Shepherd. Stand off to the side and watch as the brontosaurus attempts to extricate itself from the primordial ooze.

It’s a battle worth watching, at least as long as it lasts.
Posted by Dave Moody at 1:29 PM