Ward Burton has signed to drive the #4 Morgan McClure Motorsports Chevrolet next season, with sponsorship from State Water Heaters. 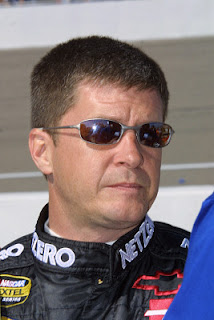 Burton and team owner Larry McClure made the announcement yesterday, returning Burton to the ranks of full-time Nextel Cup drivers for the first time since 2004. Burton said the deal came together just yesterday, but that he and McClure have been talking with the sponsor for a couple of weeks.

He drove the Morgan-McClure Chevy in three races at the end of last season, with a best finish of 25th at Texas Motor Speedway in November. Burton said of the deal, "We’ve got a lot of work to do, but we’re excited about it. Hopefully, we can help Larry and Tim Morgan get that ship righted and get the 4 car back to where it used to be."

Burton also said he has been talking to an unidentified team about running as many as 20 NASCAR Busch Series races next season. He will join us live on Sirius Speedway at 3:15 p.m. Eastern Time today (Wednesday) to talk about his new deal.
Posted by Dave Moody at 9:34 AM