BREAKING NEWS: Burton Out At RCR In 2014 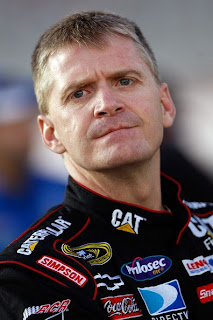 Veteran Jeff Burton will not return to Richard Childress Racing in 2014.


The Virginia native has one year remaining on his current driving contract with RCR, for whom he has competed since 2005. Ryan Newman is expected to replace him in the team’s No. 31 Chevrolet.
“There has been a lot or rumors and speculation over last several months concerning my time at RCR,” said Burton. “This is not necessarily the best thing in the world for me, but my wife and I have talked a lot about it. We’ve been in a lot of situations where we had no idea what was going to happen next. And every time, we ended up in a better situation. I’m an optimistic person, and I’m going to work to make this a better situation, as well.”


While multiple sources say he is negotiating a move to the television broadcast booth next season, Burton said he has no plans in place. “I don’t know what I’m going to do next year,” he said. “We’re just going to have to muddle through it.”


If television is not an option, rumors have circulated in recent weeks that Burton could land in Swan Racing’s No. 30 car next season, as part of a newly-forged technological partnership between Swan and RCR. David Stremme will reportedly drive his final race for Swan Racing this week, before being replaced by Cole Whitt, John Wise and other drivers for the remainder of the season. Messages left for Stremme and Swan Racing majority owner Brandon Davis were not immediately returned. Burton insisted that he has not spoken to any team other than RCR about the 2014 season.


Newman is expected to drive Childress’ No. 31 Chevrolet in the full 2014 NASCAR Sprint Cup Series schedule. The car will carry sponsorship from Caterpillar in approximately 24 races, while Quicken Loans, which currently backs Newman at Stewart Haas Racing, will sponsor another 10 races. The remainder of the season will be covered by smaller, one or two-race sponsorships.


“A lot of it (boils down to) funding that was not in place,” admitted Burton today. “I had gone to Richard a while ago and told him that at end of 2014, I would step back and not run a full schedule anymore. We’re just accelerating that a year early, to give RCR an opportunity to continue to move that team forward and put the funding in pace with a really good driver that can go out and be successful.
“It’s been a very difficult situation… but the time was right to make a change. This is a scary time, but it’s also an exciting time.”