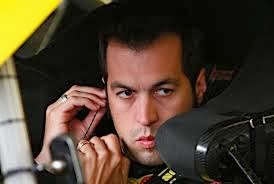 
“I’m excited about driving the No. 54 Monster Energy car this year. It’s a great opportunity for me,” said Hornish. “It’s the best possible situation for me to jump into great equipment and have the opportunity to go right out and win. After working with Penske for 10 years and now to have the opportunity to partner with Joe Gibbs Racing, I couldn’t have asked for anything better. These are great people, top notch. To partner with Kyle, and all this team provides, with the support of Joe and J.D., it provides me with everything I need to succeed. It’s also a phenomenal opportunity for me to partner with a market leader such as Monster Energy. The brand identity and fan following that goes along with this sponsor is super. I can’t wait to get into that car!”
The No. 54 Monster Energy Toyota will run a full season schedule for JGR with crew chief Adam Stevens returning to call the shots from atop the pit box. Kyle Busch will return to pilot the Camry in 26 races, while Hornish will fill the driver’s seat in the remaining seven races.
“We’re excited to have someone of Sam’s caliber joining Kyle behind the wheel of the Monster Energy Camry this year,” said J.D. Gibbs, President of Joe Gibbs Racing. “We think we have a great team there with Monster Energy and Sam will be an outstanding addition. We lost out on the owner’s championship by just one point last year so our focus will be on trying to get that title back in 2014.”
Hornish has spent the past two seasons driving the No. 12 car for Penske Racing in the Nationwide Series. Last season he recorded one win, 16 top-five and 25 top-ten finishes and captured four pole awards. In 99 career starts, Hornish has two wins, 28 top-five and 53 top-ten finishes. He also has made 130 career starts in the NASCAR Sprint Cup Series.
“This year will be fun with Sam and me behind the wheel of our Monster Energy Camry,” said Kyle Busch. “Last year we lost the chance for another Owner’s Championship by a slim margin and I think you can expect a close battle again this season. Having an experienced guy in there to fill the role on a regular basis when I’m not there, gives Adam (Stevens, crew chief) the opportunity for real consistency. Sam was a strong competitor last year and I look forward to having him on our side this season.”
Hornish’s first race behind the wheel of the No. 54 Monster Energy Toyota will be May 3 at Talladega. In addition he will compete in both Iowa Speedway races, Road America, Chicagoland Speedway on July 19, Mid-Ohio, and Kentucky Speedway on September 20.
"Monster Energy is all fired-up about having Sam Hornish Jr. to back up Kyle in our car for 2014,” said Mitch Covington, Monster Energy VP of Sports Marketing. “Sam is a proven go-getter and we all look forward to seeing Sam crossing the checkers in first.”
Posted by Dave Moody at 12:02 PM