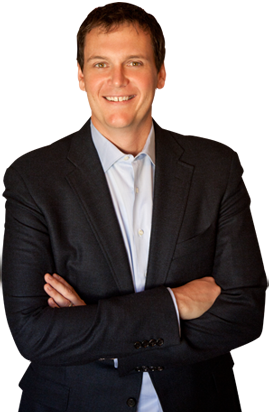 NBC Sports Group has confirmed what GodfatherMotorsports.com first reported earlier today; that current Hendrick Motorsports crew chief Steve Letarte, who once stood at the helm of Jeff Gordon’s famed No. 24 race team and now leads the crew behind the ultra-popular No. 88 car driven by Dale Earnhardt Jr., has reached an agreement to join NBC’s multi-platform NASCAR coverage beginning in 2015.

The announcement was made by Sam Flood, Executive Producer for NBC Sports and NBCSN, with details forthcoming in a Media Conference scheduled for 8:30 AM ET tomorrow at Daytona International Speedway.
“I’ve always been impressed with Steve Letarte’s interviews, and feel smarter after hearing him break down the crucial elements of each race,” said Flood. “It wasn’t long into our first meeting about this potential role on our broadcast team when I realized that Steve is going to be ‘Must See TV.’”

"As soon as I met with Sam Flood and his team at NBC Sports, it became obvious to me how excited they are to be covering NASCAR in 2015 and beyond.  Their excitement, along with my love for racing, solidified my decision to move away from the pit box and into the broadcast booth,” said Letarte.  “I want to thank Rick Hendrick and everyone at Hendrick Motorsports for the opportunities they have given me over the last 18 years, and I want to reaffirm my commitment to Dale Jr. and the entire 88 team to go win races and challenge for the championship in 2014."

Letarte has worked for Hendrick Motorsports since he was just 16 years old. In 1996, after graduating from high school early, Steve started traveling with the No. 24 race team and driver Jeff Gordon as a full-time mechanic and tire specialist.  He moved up the ranks quickly, assuming the role of car chief in 2002, then crew chief for the four-time Cup Series champion in 2005, at the age of 26.  After five successful seasons with the No. 24 team, Letarte joined Hendrick’s No. 88 team driven by Dale Earnhardt Jr.  Letarte and the No. 88 team started the 2011 season by capturing the pole at the Daytona 500,  and went on to qualify for the Chase, the first time for Earnhardt since 2008.  In 2012, Letarte and Earnhardt combined for their first win together, on Father’s Day at Michigan International Speedway.  Throughout the 2013 season, the No. 88 team solidly remained in the Top 10 in points and made the Chase for the Sprint Cup yet again.  Steve and his wife, Tricia, live in North Carolina with their two children.
On July 23, 2013, NASCAR and NBC Sports Group reached a comprehensive agreement that grants NBCUniversal exclusive rights to the final 20 NASCAR Sprint Cup Series races, final 19 NASCAR Nationwide Series events, select NASCAR Regional & Touring Series events and other live content beginning in 2015.

With this partnership, NBC’s 20 NASCAR Sprint Cup Series race schedule includes a designation as the exclusive home to the Chase for the NASCAR Sprint Cup, when the elite national series races through its final 10 events of the season.  The Chase culminates with the season-ending championship event, which returns to network television in 2015 for the first time since 2009. Of NBC Sports Group’s 20 NASCAR Sprint Cup Series events, seven will be carried on NBC annually, with 13 airing on NBCSN. Four of NBC Sports Group’s 19 NASCAR Nationwide Series races will air on NBC, with 15 airing on NBCSN.