With Latest Dover Win, Johnson Back In Title Discussion 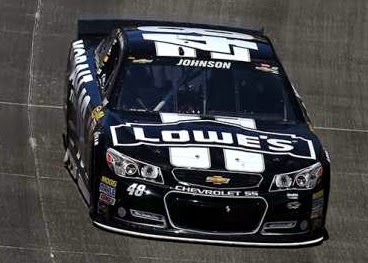 To the surprise of absolutely no one, Jimmie Johnson is back.

The six-time NASCAR Sprint Cup Series champion suffered through an uncharacteristic, 11-race losing streak to start this 2014 season, often looking downright pedestrian along the way. He returned to form on home turf at Charlotte Motor Speedway two weeks ago, dominating the Coca-Cola 600 for his first checkered flag of the season, then went back-to-back for the 13th time in his Sprint Cup Series career with an equally impressive win in the FedEx 400 benefiting Autism Speaks at Dover International Speedway Sunday afternoon.

Johnson’s second victory in as many weeks makes him a legitimate part of the championship dialogue for the first time this season. In fact, Johnson is now a lock for his 11th consecutive Chase for the NASCAR Sprint Cup berth; the only driver in NASCAR to make the cut in every year of the system. If the Chase began today (and it won’t), Johnson would begin the 10-race title run tied with Kevin Harvick and Joey Logano for the points lead.

And with the Sprint Cup Series heading to Pocono (PA) Raceway this weekend, Johnson’s hot streak could be far from over.

The Hendrick Motorsports driver has three wins in 24 career Pocono starts and is the defending champion of the spring race there. Flat tires in the late going cost his Lowes Chevrolet team a pair of Pocono victories in 2012 and 2013, as well, making him a top pick to extend his personal winning streak to three.