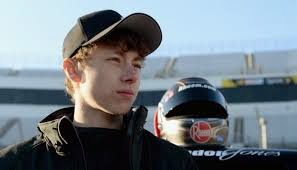 Jones, 17, is a native of Atlanta, Ga. and competed full time this year in the NASCAR K&N Pro Series East division earning one win at Iowa Speedway, five top-five and 11 top-10 finishes. He finished the 2014 season fourth in points.


He has also competed in three NASCAR Camping World Truck Series events this year, earning a top-five finish at Dover International Speedway. In addition, Jones competed in three ARCA Series presented by Menards races, winning his first two starts at Winchester and Indianapolis and notching a third place finish at Madison, WI.
"I have been watching Brandon the past few years and like what I see in him as a driver and a person," said Richard Childress, chairman and CEO of RCR. "Adding him to our developmental program and putting him in our No. 33 Chevrolet is a good move for us and his career. I look forward to seeing his progression next year and welcome him to the RCR family."
He will share seat time next season with other RCR drivers, to be named later. This season, the No. 33 Chevrolet team has earned a victory with Paul Menard at Michigan International Speedway. Jones also plans to compete in the NASCAR Camping World Truck Series and ARCA Series on a limited basis in 2015.
"This is a great opportunity for me and I'm looking forward to driving RCR cars with ECR Engines next year," Jones said. "They are a multi-championship team in the XFINITY Series and I know I have a lot of work and learning ahead of me. I couldn't think of a better team to race with than RCR."
Posted by Dave Moody at 12:13 PM