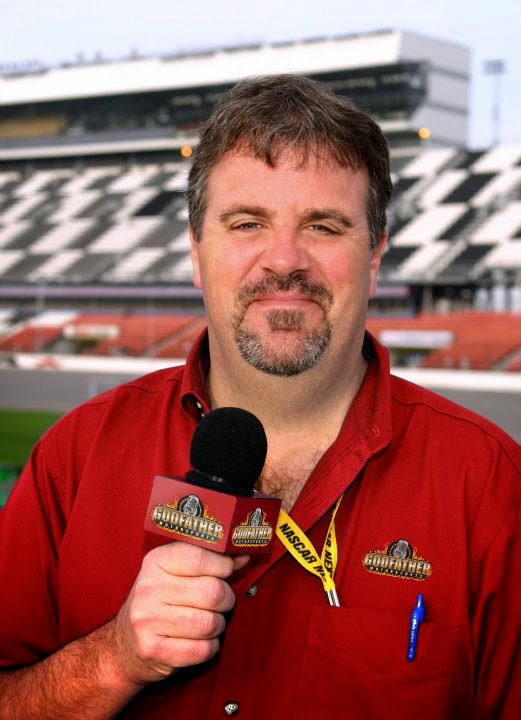 For the second week in a row, NASCAR Nation has been overrun by sissies.

In the aftermath of Ryan Newman’s full-contact pass of rookie Kyle Larson within sight of the checkered flag at Phoenix International Raceway Sunday, internet chat boards and sports talk radio have been inundated with horrified fans who believe contact between racers is somehow unsportsmanlike, unfair, or even dangerous.

Like they did a week ago with Brad Keselowski, a small-but-vocal contingent of shrinking violets has lambasted Newman, condemning his Neanderthal tactics and calling upon the sanctioning body to penalize him for his blatant, final-lap victimization of Larson.

Most of these race fans have never scrubbed grease from beneath their fingernails. They have never uttered a four-letter word after busting their knuckles on the underside of a battered Street Stock racer, and are more likely to dine on sushi and pate’ than to partake of a Martinsville Speedway hot dog.

“Kyle was right on (Marcos Ambrose’s) rear bumper and when he went into Turn Three,” explained Newman afterward. “I think he slipped just a little bit and I went to the bottom. I figured, `I’m going to try it and see if it works,’ and it worked. I don’t know how much of it was racing luck, but the old adage of `eight tires are better than four’ was definitely true today.

“I don’t like racing that way,” he admitted, “but there’s a lot on the line here. I tried to keep it as clean as I possibly could. That’s what we’re supposed to do. I didn’t see anybody giving anybody anything (out there). Everybody raced hard. There were guys that could have backed off and not stuck it in there three wide on a restart, but everybody raced hard and everybody raced clean.

“We got beat around a little bit here and there, and we did our own beating around. That’s part of racing at Phoenix. That’s part of the intensity of this Chase. It’s racing, man.”

Correct as they are, Newman’s remarks were almost certainly lost on those who want stock car racing to be polite, genteel and strictly contact-free. That’s not NASCAR, my friends. That’s Formula One, where “avoidable contact” is viewed as a mortal sin, deserving of the most egregious sanctions.


Stock car racing has never been a game for refined gentlemen in white gloves. If you want to see ballet, go to the ballet and leave stock car racing to those of us who understand the difference between wrecking a fellow competitor and simply “rattling his cage.” There has always been a clear and distinct difference between door-to-door contact and slamming into someone from behind, lifting their rear wheels off the ground and depositing them into the nearest SAFER barrier.
Racers understand that difference, which is why Larson has not joined the cacophony of whiners lamenting his treatment at the hands of a fellow racer who had everything to gain Sunday, and nothing to lose.


This weekend at Homestead Miami Speedway, Ryan Newman will compete for his first career NASCAR Sprint Cup Series championship. If he prevails, Richard Childress Racing will earn its first Cup title since 1994 with the late Dale Earnhardt; a man who also knew a thing or two about moving competitors out of his way, against their will.


Likely as not, someone will get their feelings hurt at Homestead. Somebody will get moved over, run over, or knocked aside by a man with a championship to win and no time for niceties. It’s an accepted part of the game, and it should be expected.


"Wait until next week when the championship is on the line,” promised four-time series champion Jeff Gordon, after viewing a replay of Newman’s last-lap Phoenix pass. “You're going to see a lot more than that.”


Cover your eyes if you can't bear to watch
Posted by Dave Moody at 10:55 AM