Busch Has Yet To Speak With Law Enforcement, Congresswoman Chastizes NASCAR For Handling 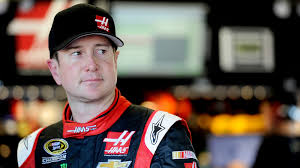 Driscoll said Busch grabbed her face and repeatedly smashed her head against the wall in his motorhome at Dover International Speedway on Sept. 26, leaving her with severe pain, difficulty breathing and bruising on her neck. Since those allegations were made public last Wednesday, Dover Police public information officer Cpl. Mark Hoffman said his department has interviewed a number of witnesses associated with to the case, but not Busch.

In his words, “We would like to speak with him, obviously. We're working with Mr. Busch and his legal team to schedule an appointment that we can sit down and talk with him. Whether that's in person or by videophone, we're not completely sure yet. It's just going to depend on their availability at this point.”

Hoffman said the department’s willingness to accommodate Busch’s schedule is not related to "who he is or what he does for a living," adding that the case is complicated by Driscoll’s decision to wait approximately six weeks to file a police report. Driscoll has said her delay stemmed from an ongoing dispute with her ex-husband over the custody of their son.

Busch’s attorney, Rusty Hardin, said last week that his client “will fully cooperate with (the) investigation and expects to be vindicated when the entire truth of the situation comes to light.’ He called Driscoll’s allegations “a complete fabrication by a woman who has refused to accept the end of a relationship.”

In a related story, a member of the United States House of Representatives has criticized both NASCAR and Stewart Haas Racing for failing to suspend Busch from competition until the case is resolved.

“Despite the severity of the criminal allegations against Mr. Busch,” wrote Speier, “I am disappointed to see that NASCAR and Stewart-Haas Racing have not taken any action.” She said NASCAR’s refusal to suspend Busch and driver Travis Kvapil – who received two years’ probation and community service as part of a deferred domestic assault prosecution agreement in October of 2013 – “calls into question the enforcement policies exercised by NASCAR.


"NASCAR would rather let Mr. Busch drive for the remainder of the racing season than take a stance on violence against women," wrote Speier. "While he rounds the track, the legal processes for his domestic violence charges race forward as well. Until his legal proceedings end, NASCAR should put Mr. Busch's car in park. The charges are horrifying, and NASCAR's inaction sends a clear signal to drivers that owners do not take these violent actions seriously."

She called for NASCAR and SHR to “suspend Mr. Busch from his weekend’s Championship and adopt a policy going forward in all domestic violence cases to suspend drivers until criminal proceedings end, or there is a clear lack of evidence.”

She also requested that she be included in all of internal investigations conducted by the sanctioning body or race team, and requested “a history of sanctions levied by NASCAR and racing teams for domestic violence incidents brought to your attention over the last five years.”