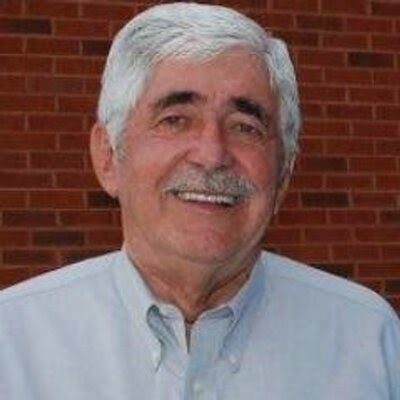 NASCAR is in mourning today, following the sudden and unexpected passing of veteran public relations representative Denny Darnell near his home in Tennessee Saturday.

A graduate of East Tennessee State University, Darnell began his career as a sportswriter at the Kingsport (Tenn.) Times-News. At various points, he served as general manager at Bristol Motor Speedway, director of communications for the National Hot Rod Association, head of motorsports public relations for R.J. Reynolds Tobacco Company during Winston’s long run as entitlement sponsor of NASCAR’s premier stock car racing series and PR spokesman for Dodge.

Dozens of rookie PR reps -- and more than a few greenhorn reporters -- learned the business of motorsports from Denny. His easygoing, southern charm combined with fierce attention to detail and an encyclopedic knowledge of the sport to make him the go-to guy in the NASCAR garage. He had an uncanny knack for keeping his head when all around him were losing theirs, and in an era when PR types often gauge their effectiveness by counting how many times they say “no” in a 24-hour period, Darnell was truly a breed apart.

“I not sure if I can make that happen or not,” said Darnell on literally thousands of occasions. “Let me see what I can do.”

As word of his passing spread Saturday, Darnell was universally recalled as the best in the business at what he did, and one of the most respected individuals in the sport.

"Denny was a familiar and friendly face in media centers and NASCAR garages throughout the country,” recalled NASCAR Senior Vice President and Chief Communications Officer Brett Jewkes. "He approached his job seriously and professionally, but few could bring laughter like Denny. He was a public relations institution, and will be greatly missed."

"Shocked to hear about Denny Darnell,” Tweeted NASCAR Hall of Famer Darrell Waltrip. “One of the nicest guys that's ever been in racing, he'll be missed. Go rest high on that mountain, Denny,"

"Denny Darnell was an incredibly nice man,” echoed former driver Jeff Burton. “Always enjoyed talking to him. He called me Champ, even though I never won one.”

When Denny made his retirement plans known near the end of the 2013 season, many of us had mixed emotions. We were pleased that he was finally easing out of NASCAR’s fast lane, spending less time in airports and more time with his wife Jean, son Trey and baby granddaughter Harper. At the same time, however, we struggled to imagine how the Media Center could possibly operate without him, or how we would make it through Speedweeks at Daytona International Speedway without his ear-to-ear smile, slap on the back and ever-present, “How you doin’, buddy?”

Like any professional sport, NASCAR has its share of egotists, self-promoters, backbiters and con artists. Through it all, though, I cannot recall anyone – not a single, solitary soul -- who didn’t love Denny Darnell.


Farewell, old friend, until we meet again.
Posted by Dave Moody at 4:03 PM