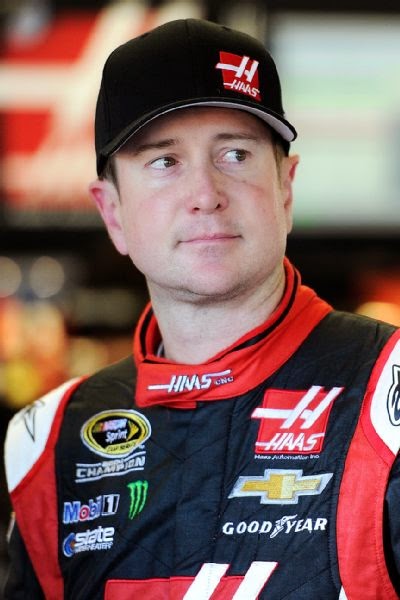 NASCAR has indefinitely suspended Kurt Busch, in the aftermath of a ruling in Kent County (Del.) Family Court that said the former Sprint Cup Series champion “more likely than not… committed an act of abuse" against former girlfriend Patricia Driscoll at Dover International Speedway in September of last year.
A written statement from the sanctioning body said, “Given the serious nature of the findings and conclusions made by the Commissioner of the Family Court of the State of Delaware, NASCAR has indefinitely suspended driver Kurt Busch, effective immediately. He will not be allowed to race nor participate in any NASCAR activities until further notice.
“Kurt Busch and his Stewart-Haas Racing team are fully aware of our position and why this decision was made. We will continue to respect the process and timetable of the authorities involved.”
Kent County (Del.) Family Court Commissioner David Jones granted Driscoll’s request for a no-contact order against Busch earlier this week, finding that based on the evidence, there was more than a 50% probability that "the respondent (Busch) committed an act of abuse... by manually strangling Petitioner with his left hand while placing his right hand against her chin and face, causing her head to strike the interior wall of Respondent’s motor home, thereby recklessly causing physical injury to Petitioner.”
In his ruling, Jones said Driscoll’s testimony was “corroborated by documentary evidence, including photographs of her injuries and text communications between the parties both before and after the incident and the fact that her testimony regarding those incidents is corroborated in important respects by the credible testimony of other witnesses and based upon the court’s finding that her version of the events is believable given the totality of the other evidence given at the trial.”
In addition, Jones said of Busch’s witnesses -- administrative assistant Kristy Cloutier and motorhome driver Michael Doncheff -- “were so dramatically tarnished by their obvious bias and personal financial interest in Respondent’s public image and racing career… that their testimony is unworthy of consideration.”
In summation, Jones wrote that “the court finds the Respondent’s version of the events of Sept. 16, 2014 to be less believable than Petitioner’s version…”
Multiple sources say JR Motorsports NASCAR XFINITY Series driver Regan Smith will replace Busch at the wheel of the No. 41 Haas Automation Chevrolet in Sunday’s Daytona 500.