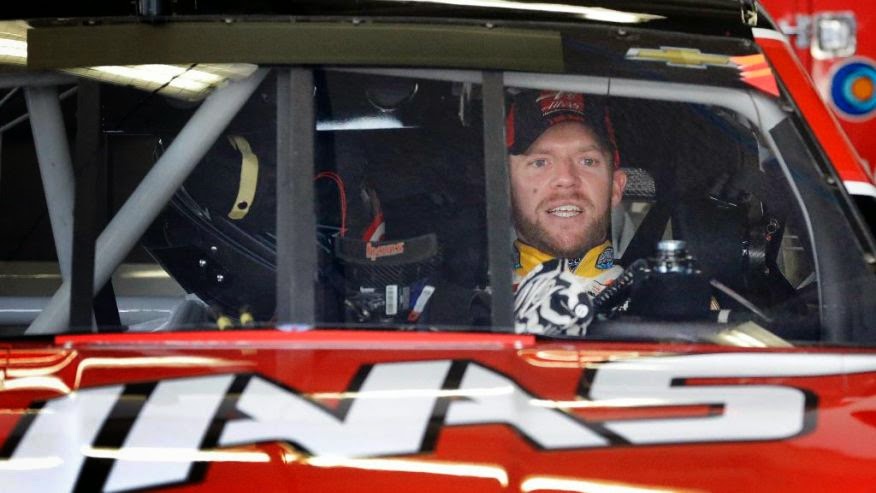 Regan Smith has become the designated “Super Sub” of the NASCAR Sprint Cup Series.
In recent seasons, the Cato, NY, native has replaced Dale Earnhardt, Jr. when Earnhardt suffered a concussion in a crash at Talladega Superspeedway, and subbed for Denny Hamlin when the Joe Gibbs Racing driver was sidelined with an eye injury. Now, Smith finds himself replacing Kurt Busch, who was suspended indefinitely by NASCAR Friday for his role in an alleged domestic violence incident last season at Dover International Speedway.
“Things happened pretty late last night,” said Smith of his latest substitute role. “But we’ve worked around all that stuff and getting the seat ready so we can make some laps with Happy Hour. It’s kind of convenient that I can get a few laps in the car before Sunday, get acclimated, see where the switches are and see where the buttons are. We’ll get through practice, and I’ve got to focus on the XFINITY car and make sure we get off to a good start to the season over there.”
Smith commented on his latest relief stint, saying each situation is different. 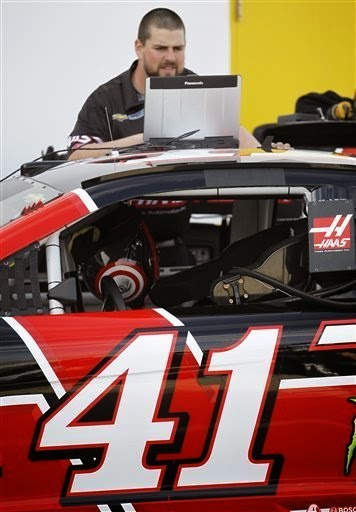 “They all have their own different circumstances and scenarios,” he said. “The fortunate thing is that I’ve done enough Cup races to where I’m familiar with most of the cars. They have changed a little bit over the years and obviously this rules package is a little bit different than what I had the majority of my experience in. The fortunate thing is the drafting is similar from the XFINITY cars to the Cup cars, so that’s not a big adjustment.
“Last time, where we had 10 minutes to get a seat in… that was a little bit trickier than the other two circumstances.
Smith said he has not been distracted by the circumstances surrounding the No. 41 team, adding, “knowing there was some stuff going on really didn’t affect me at all. It didn’t take away from any of my focus on that (XFINITY) side. Throwing this in is not going to affect -- one way or the other -- what I do in either car. The same goals exist (and) the same mission exists: to go out and win both races.
“I don’t think anybody wants to be in the scenario where you have to sub under (these) circumstances, (but) if it happens, you want to make the most of the opportunity. There are a lot of people that have had their hands on that race car and have worked hard, and they deserve to have the opportunity to go out there and win that race.
“I’ve got an opportunity to hop in a race car that’s more than capable of winning the Daytona 500 tomorrow, and I want to make the most of that opportunity. I think we have a shot to go out and win this race... and I’m going to do everything I can to make that happen.”
The former Darlington Southern 500 winner said crew chief Tony Gibson has not altered his strategy for Sunday’s race, nor his expectations.
“He made it very clear that the goals and expectations are the same for tomorrow as they were two days ago,” said Smith. “That has all stayed the same, we're fortunate. I have nothing to lose in this race, other than to go out and drive as hard as I can and as fast as I can. If it ruffles a few feathers, oh well. That’s how it is.”
He also joked about his impending fatherhood, saying he has asked his wife to cooperate with a rapidly expanding Speedweeks schedule.
“My wife and I have a very good relationship, obviously. We’re having a kid,” he laughed. “We’ve had discussions prior to this even happening. I’ve asked her to keep her legs crossed as long as she can if she does go into labor, and we’ll do what we can to make sure I get back as quick as I can. But I will race both races this weekend.”
Smith said there have been no discussion regarding next week’s race at Atlanta Motor Speedway, or beyond.
"I'm purely focused on the Daytona 500 right now, and helping these guys get through this weekend,” said Smith. “Outside of that, I don't know anything.”