By The Numbers, It's Brad vs Jimmie For The Title! 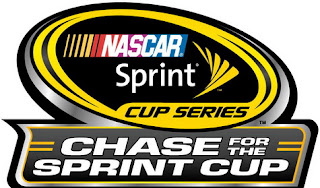 It is not necessary to run well in the opening race of the Chase to win the NASCAR Sprint Cup Series championship.


But boy, does it help.
In the eight years since NASCAR first implemented the Chase format, only two drivers have overcome poor starts to win the championship. Both of those drivers were named Jimmie Johnson.
In 2006, Johnson overcame an early crash and a 39th-place finish in the Chase opener at New Hampshire Motor Speedway to claim the season title. In order to do so, he needed one win, four runner-up finishes and an average finish of third over the final six races to prevail.
In 2010, Johnson was 25th at Loudon, then rebounded to claim the championship with an average finish of 4.1 over the remaining nine races of the Chase.
In each of the other six seasons, the eventual Sprint Cup Series champion has ranked first or second in points after the opening round of the Chase. That’s encouraging news for fans of Brad Keselowski and Johnson, who are one/two in the standings after finishing first and second last weekend at Chicagoland Speedway.
For the rest of this year’s contenders, one can always rely on the old adage that says, “Liars figure and figures lie.”
Posted by Dave Moody at 6:26 PM