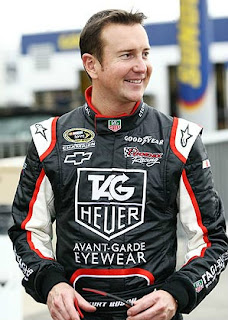 “Though we have made strides as a resourceful single-car Sprint Cup team, we are not where we want to be, which led us to the difficult decision of making a driver change as we move forward,” said Furniture Row Racing's general manager Joe Garone. “Kurt’s exceptional driving talent has the capacity to take a team to another level. We look forward to having Kurt join our Denver-based organization and feel his racing experience will play an important role as we plan ahead to 2013.”


Garone also spoke highly of current driver Regan Smith, saying, “As our team driver the past four years, Regan has represented Furniture Row Racing with both class and competitiveness. His win at Darlington in 2011 – the first for Furniture Row Racing – will be a memory forever etched in our organization’s history. He is a friend, and will always be a friend of Furniture Row Racing. We wish him all the best.”


Busch, a 34 year-old native of Las Vegas, has been a full time driver in the Sprint Cup Series since 2001. He has 427 Cup starts and has scored 24 wins, 89 Top-5 and 171 Top-10 finishes, along with 15 poles. He has qualified for the Chase six times in nine years and won the championship in the inaugural Chase season of 2004, in only third full season in the NASCAR Sprint Cup Series.


“Furniture Row Racing has the commitment, talent and resources to compete at a high level in the Sprint Cup Series,” said Busch. "I have watched with admiration on how this team has grown over the years and that is why I am excited about the opportunity as I eagerly look forward to a new chapter in my racing career."


Busch currently drives  currently races for James Finch’s Phoenix Racing, ranking 25th in championship points with one Top-5 and Two Top-10 finishes in 28 starts. Finch announced recently that he may be forced to close the team’s doors at season’s end if additional sponsorship cannot be found.
Contract details have not been released.
Posted by Dave Moody at 6:33 PM