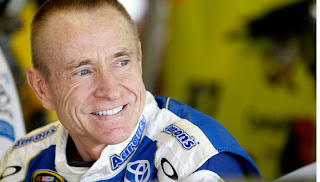 
No matter how important the Chase for the Sprint Cup is over the next 10 weeks, please pay some attention to the race winners.
Martin and 31 other non-Chase drivers will be racing as hard as ever when the Chase begins Sunday at Chicagoland Speedway. Martin’s teammates, Martin Truex Jr. and Clint Bowyer, earned Michael Waltrip Racing its first-ever berths in the Chase, and the 53-year-old Martin says he’ll do anything he can to help them claim the championship. But when the green flag drops, he says his primary goal is to do everything possible to race his way to Victory Lane.
“We race for the same reasons we raced before the Chase started,” he said. “And that’s to win. The Chase does a lot of wonderful things, but it isn't the only thing going on. The event is about winning. Clint Bowyer won Richmond. That, to me, is more important than points. The championship, the points and the Chase all add to what we do. I am not degrading it. But I also think in today’s age that winning a race is underrated.”
An MWR Toyota has had a shot to win each of the last four races. Martin dominated Michigan and Truex Atlanta, Brian Vickers came close at Bristol and Bowyer won last weekend in Richmond a few seconds in front of Martin in third-place. 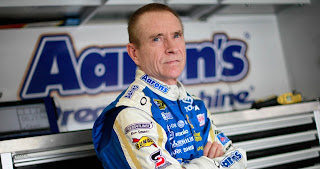 “We won there in 2009 and (crew chief) Rodney (Childers) won in 2010,” recalled Martin. “The way we are all running, I think that one of the three MWR cars might end up in Victory Circle after it is all over with. That’s really why we all do this. You don't get to experience this all the time. It is really the driving factor of why we all do this. It’s to run up front, compete and challenge for wins.”
Having run for many of the top teams in NASCAR over his long career, Martin said MWR has everything it takes to win a Sprint Cup Series championship. “We have great teamwork there, the best teamwork that I've ever seen,” he said. “The atmosphere at MWR is serious, but light. We're having a blast. We have really great people there. I couldn't be more proud to have both teammates in the Chase.
Martin said that among MWR’s drivers, teammate Martin Truex, Jr., deserves a lion’s share of the credit for the team’s success.
“When I came to MWR, I just wanted to be able to help them achieve, and maybe get lucky and stumble into a win,” he said. ”I'm having a blast. I deserve no credit for them getting over that hump. Martin Truex, Jr. deserves the most credit, because he suffered through the building stages of the organization.
“Starting with Texas last fall, you started seeing the momentum building in the No. 56 car. So the groundwork was starting to get laid and had been coming for years. The addition of Scott Miller has helped, too. But I think that we need to not short-change Martin Truex, Jr. for all the work and the suffering through the building stages. I was just lucky to come in when I did and get to be a part of it.”
Photos: aaronssports.com, michaelwaltripracing.com
Posted by Dave Moody at 4:15 PM