The VH1 cable network has recruited a number of current and former NASCAR wives to talk about their husbands, lives and careers as part of a new, NASCAR-themed reality TV show. 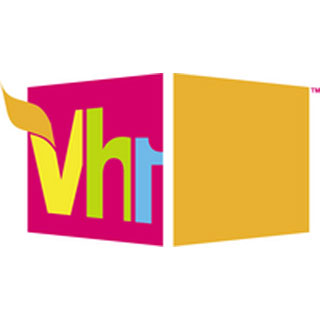 Originally programmed as an adult contemporary alternative to MTV, VH1 began its run with a heavy emphasis on music videos. In recent years, however, the network has shifted its emphasis to lowbrow reality programming, with shows like Basketball Wives, Mob Wives, Hollywood Exes and Mama Drama. While divulging few actual details of the project, Influence Entertainment Group producer LT Tottle confirmed today that her company is working on a new, NASCAR-themed reality program.
“On the record, all I can tell you is that there is a project in the works,” said Tottle today, adding that negotiations are ongoing with the network to select a title and decide how many episodes will be produced.
“We have about eight different (show) names to choose from,” she said. “We think one thing and the network thinks another. As of now, we’re calling it, `Women Filming.’ We want to have the show up and airing -- if not this fall -- by the beginning of 2013.”
She declined to name any of the show’s subjects, but said she has, “approximately 10 women” committed to the project, including some current wives of NASCAR drivers.  She confirmed that scenes have already been shot at an undisclosed location outside the Charlotte, NC, area.
NASCAR Media Group produced a program called NASCAR Wives in 2009 for broadcast on the TLC cable network. The show showcased Delana Harvick (wife of Sprint Cup driver Kevin Harvick); Kelley Earnhardt (daughter of the late seven-time champion Dale Earnhardt, Sr.), Lynne Allmendinger (wife of AJ Allmendinger); Angie Skinner (wife of former Truck Series champion Mike Skinner) and Shana Mayfield, wife of then-Sprint Cup driver Jeremy Mayfield.
TLC initially ordered eight episodes of the show, but pulled the plug on NASCAR Wives before the program ever made it to air, when the women declined to become involved in scripted conflict and drama.
"The network wanted situations created that were not true to how these women normally act,” said Jay Abraham, then-COO of NASCAR Media Group. “They wanted conflict, and we just weren't willing to go down that road." NMG reported spent upwards of $200,000 on production costs, filming and editing the first episode.
"We just had to go our separate ways," said Abraham at the time. "We simply were not going to do anything to undermine the credibility and the relationships we have with our drivers.
None of the five women involved with NASCAR Wives are believed to be part of the new VH1 project.
“I’d call (our roster) a combination of current and former spouses of NASCAR drivers,” said VH1’s Tottle. “I have a lot of friends from the sport, and we got together to put together a reality show and see how it works.”
Tottle said she is familiar with the cancelled TLC project, and said she anticipates no scripted dialogue or manufactured conflict on her program.
“What we have shot so far has been totally unscripted,” she said. “We have so much material from real life that I don’t think we need to script anything. All we’re doing is telling people’s stories. It will all be based on things that happen in the sport, but right now, I prefer to stay away from scripted (dialogue).”
Asked about the hush-hush nature of the project, Tottle said, “I didn’t feel like I wanted everyone to be involved. I selected a few people I know from the sport, whose stories I’m familiar with. I didn’t really want a lot of outside input.
“This show is based on racing, but it’s not a racing show.”
While she has not spoken with NASCAR or informed them of the project, Tottle said she expects the sanctioning body’s reaction to be “really good. I have no intention of painting anything other than the positives of the sport,” she said. “I don’t think it’s going to portray anything other than that. I know it’ll be very positive.”