The 21-year old Ward died on Aug. 9 after being struck by a Sprint Car driven by Stewart at New York’s Canandaigua Motorsports Park. The Ontario County Sheriff’s Department conducted a month long investigation into the incident, and forwarded the results of that investigation to the District Attorney’s office this week.
“Upon my review of all of the information contained in the entire investigation, I have made the determination that it would be appropriate to submit the evidence to a grand jury, for their determination as to what action should be taken in this matter,” said Tantillo in a written statement. “When the presentation has been completed and a determination has been made, I will advise the public and the media at that time of the results.”
Speaking exclusively to SiriusXM NASCAR Radio’s SiriusXM Speedway yesterday, Cossack said he sees no grounds for an indictment to be handed down. 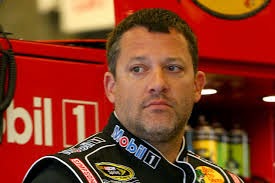 “It is difficult for me to think of what crime… he actually committed,” said Cossack, a legal analyst for ESPN, TruTV and a Distinguished Visiting Professor at the Pepperdine University School of Law. “The hallmark of any crime is that you must intend to commit that crime. I don’t see how the prosecution would ever be able to prove that Stewart intended to do harm to Kevin Ward, Jr., unless there is some super-special, secret evidence that we have no idea about. Procedings before a grand jury are always secret, (including) the witnesses, the evidence and even the time it’s going to be (conducted). We don’t know very much, but I can’t think of any crime Tony Stewart can be charged with.
“If he had acted in a way that was grossly negligent and abdicated responsibility to (a large) degree, it could be raised to criminal behavior,” said Cossack, who formerly served as a prosecutor in Los Angeles County. “But in this case, I can’t see how they can ever charge him with being grossly negligent. After all, Kevin Ward was walking down the middle of a race track where people were… going very, very fast. How are they ever going to prove that Stewart was not as alert as he should have been? Forget `beyond a reasonable doubt.’ Beyond any doubt! How are they going to prove that?
“We’re talking about (fractions of) seconds in a not-well lit (venue) where a guy suddenly appeared, walking the wrong way in the middle of the race track. How can they prove that Tony Stewart wasn’t paying enough attention, or that his intent was to do something bad?”
Cossack explained that it will be up to the prosecution to convince the grand jury (to indict), by asking a pair of critical questions.
“One is, `can you see that someone has committed a crime,’” he said. “The other is, ‘is there reason to believe that the person we have suggested actually committed that crime?’”
While this case is unique in the world of motorsports, Cossack said the grand jury’s task remains the same.
“(In a case where) a doctor has acted incorrectly, they have specialized witnesses that go before the grand jury and explain what a doctor should and should not do. In this case, at the end of the day, they’ll need witnesses to convince the grand jury that a crime has been committed.”
In the state of New York, grand juries are comprised of 23 jurors selected to represent a cross-section of the community. After hearing all the pertinent evidence, jurors can vote to hand down an indictment, dismiss the charges, or direct the District Attorney to charge the accused with a lesser crime. In order to indict, only 12 of those 23 jurors must agree that there is sufficient evidence to bring charges.
Cossack said the decision to convene a grand jury may be, at least in part, politically motivated. Like all District Attorneys, Tantillo is an elected official. And while has served seven consecutive terms and ran unopposed in the most recent election, the decision to place the final decision in the hands of a jury offers a certain degree of insulation between Tantillo and an emotionally volatile, high profile case.
What that does is give (political) cover to the prosecutor,” Cossack said. “He can say, `We gave it to the grand jury and they decided. I didn’t make the decision.’ It’s really kind of an end-run. It is the prosecutor’s decision (to forward the case to a grand jury), but this way, he gets cover for whatever decision is made.
"But again, I can't think of any crime that Tony Stewart committed.
“The old joke is that a grand jury will indict a ham sandwich,” Cossack warned. “A vast majority of the time, the prosecution gets an indictment. In this case, though, I have a sense… that the decision will be not to indict.”