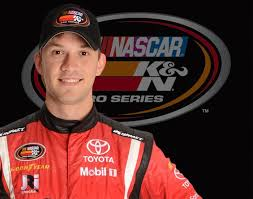 
Suarez, an alumnus of the NASCAR Next program, is fresh off his first full season of K&N Pro Series East competition that proved noteworthy. 2013 highlights included becoming the highest-finishing international driver in series history when he ranked third in the final standings, recording six Top-5 and nine Top-10 finishes in 14 races, his first career win at Columbus, finishing on the podium in six of the season's final eight races, including four runner-ups and completing more laps than all other drivers during the season.
"I'm looking forward to racing in Chicago this weekend as part of my preparation for 2015," said Suarez, "as well as the ARCA race at Kentucky and the Truck race at Talladega in the coming weeks. It is going to be exciting to have the chance to start representing my new sponsor ARRIS as we begin planning for next season. I appreciate RAB Racing for working with Joe Gibbs Racing to help provide me with this opportunity so I can start learning new tracks and get ready to run full time next season. I'm thankful to everyone involved for giving me this opportunity."
Suarez is currently competing full time for Escuderia TELMEX in the NASCAR Mexico Toyota Series, where he leads that series, and also competes in the NASCAR Drive for Diversity Rev Racing Team in the NASCAR K&N Pro Series East. He has four wins and six Top-5 finishes in 11 starts in the NASCAR Toyota Series and has added two wins, four Top-5 and seven Top-10 finishes this season in 12 K&N Pro Series starts.
Posted by Dave Moody at 4:21 PM