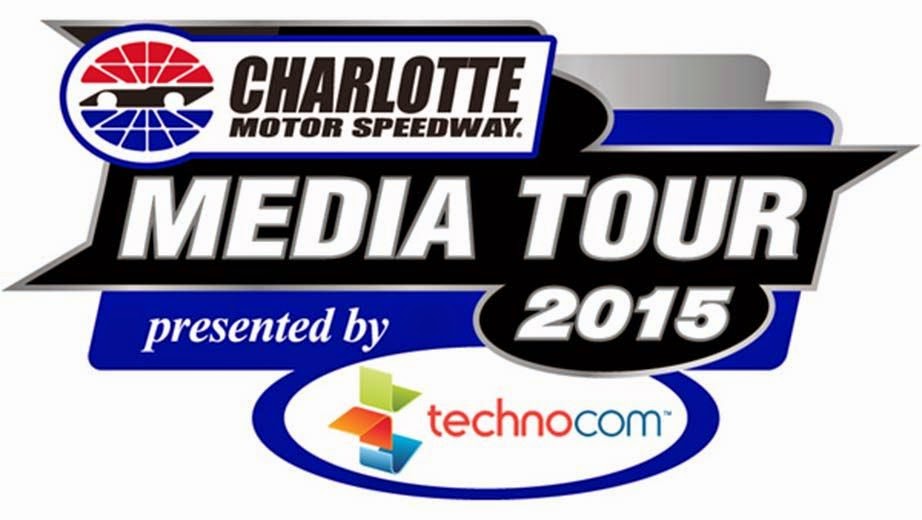 The annual Charlotte Motor Speedway Media Tour rolls on this week, with a number of sponsor announcements highlighting major NASCAR teams.
WIX Filters has announced an extension of its partnership with Richard Childress Racing, including primary branding of select events with the No. 31 Chevrolet and driver Ryan Newman. WIX Filters will also be featured as primary sponsor for one race with the No. 62 XFINITY Series Chevrolet and driver Brendan Gaughan.
As part of the partnership, WIX Filters continues its technical support of both RCR and ECR Engines by supplying air and oil filters and providing research and development support. All RCR race cars will feature the WIX Filters logo under the hood. Last season, WIX's collaboration with RCR produced a championship-contenting effort with just one-point separating Newman from hoisting the Sprint Cup trophy. Adding to the accomplishment for RCR, Gaughan visited Victory Lane twice in the XFINITY Series. Newman will compete in the No. 31 WIX Filters Chevrolet starting at Bristol Motor Speedway on April 19.


RCR and Grainger have announced a multi-year partnership that makes Grainger the primary sponsor of the No. 31 Chevrolet driven by Newman for select NASCAR Sprint Cup Series races beginning with the June 7 event at Pocono Raceway. Grainger also will be featured as an associate sponsor on the No. 31 for all Cup Series events in which it is not the primary sponsor. Newman earned a second-place finish in the 2014 championship standings, which came down to the final lap of the season.
Visser Precision, LLC will join Furniture Row Racing as an associate sponsor on the team's No. 78 Chevrolet driven by Martin Truex Jr. in the NASCAR Sprint Cup Series. Headquartered in a state-of-the-art facility in Denver, Colorado, Visser Precision has manufactured products for industries ranging from aerospace and defense to luxury goods since 2011. Visser Precision, owned by FRR owner Barney Visser, operates with cutting-edge technologies in the areas of super alloys, precision machining, amorphous metal casting and 3D metal printing to help solve difficult engineering and manufacturing challenges. The company's president is Ryan Coniam, a former race engineer and crew chief in the NASCAR Sprint Cup Series.

"This is an exciting move for not only our teammates at Visser Precision but also for our growing list of domestic and international clients," said Coniam. "With its advanced technologies, Visser Precision shares many of the same attributes found in the high-tech, competitive world of NASCAR. There is definitely some DNA between the two businesses and we are thrilled to be included with Furniture Row Racing."

Visser Precision joins Furniture Row's specialty stores -- Denver Mattress, Oak Express, Bedroom Expressions and Sofa Mart -- as associate sponsors, with its name to be positioned on the roof of the No. 78 Chevrolet.

Leavine Family Racing has announced an extended sponsorship with Thrivent Financial for the 2015 NASCAR Sprint Cup Series season. The financial services organization will be the primary sponsor on the No. 95 Ford Fusion driven by Michael McDowell for 10 races and an associate sponsor for another 10 races.

Thrivent is a Fortune 500, not-for-profit financial services membership organization that helps Christians be wise with money and live generously. Headquartered in Minneapolis, Thrivent offers a broad range of products and services—including life insurance, annuities and mutual funds—along with guidance from financial representatives nationwide. For more than a century, Thrivent has helped its nearly 2.4 million members make wise money choices that reflect their values and provided opportunities for them to be even more generous.

Thrivent will kick off this season as the primary sponsor on the No. 95 at the 57th annual DAYTONA 500, NASCAR’s season-opener and most prestigious race. Other prominent races for the organization will include Bristol, Indianapolis and Charlotte.

“Thrivent Financial is a perfect fit for me and our team,” said McDowell.  “I became a Thrivent member last year after learning first-hand about their mission to help Christians strengthen their families and communities.”
Tommy Baldwin Racing will unveil its plans for the upcoming season with the return of #TBR7in7, a grassroots social media campaign pioneered in 2013. The team will be announcing the new driver of the No. 7 Chevrolet SS, as well as sponsors and crew chief for the team. #TBR7in7 launches Friday, and will continue through February 5th.

"Our first 7 in 7 campaign was a great success for both TBR and our sponsors," said owner Tommy Baldwin Jr. "We are looking forward to seeing the reactions to this year's announcements. We have a great lineup of news coming up throughout the 7 and 7 campaign and are ready for the start of the season."
Posted by Dave Moody at 10:46 AM