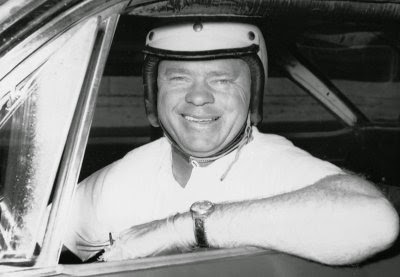 This is the fourth in a series of profiles on the five members of the Class of 2015 of the NASCAR Hall Of Fame. The five will be inducted in Charlotte, North Carolina, on Jan. 30, in a ceremony to be broadcast live at 8 p.m. ET on NBC Sports Network, Motor Racing Network Radio and SiriusXM Satellite Radio.

Joe Weatherly’s time in NASCAR’s premier series was short, just two fulltime seasons.
But what an impact the Norfolk, Virginia, native had on NASCAR racing in those brief, 24 months.
Weatherly, previously a winner of American Motorcyclist Association and NASCAR modified titles, claimed back-to-back premier series championships in 1962-63. He posted 25 victories in 229 starts before his untimely death in January 1964 at Riverside (California) International Raceway.
“He would have been as good as any that’s been along,” said one of Weatherly’s early car owners, the late, fellow Virginian Junie Donlavey. “He had quick reflexes and good equipment. He was just a natural born driver.
“He would have been right there with all the greats. He was that good.”
Weatherly also was one of the sport’s characters, a one-of-a-kind practical joker whose antics off the racing surface endeared him to fans and fellow competitors and earned him the nickname “Clown Prince of Racing.” A friendship quickly blossomed with NASCAR Hall of Fame nominee Curtis Turner, another larger-than-life figure. The 5 feet 4 inch Weatherly and the lanky Turner made the perfect Mutt and Jeff pair.
They raced hard and – according to legend – partied just as wide open. Both were reputed to have been black-listed by rental car companies for racing and wrecking numerous cars. 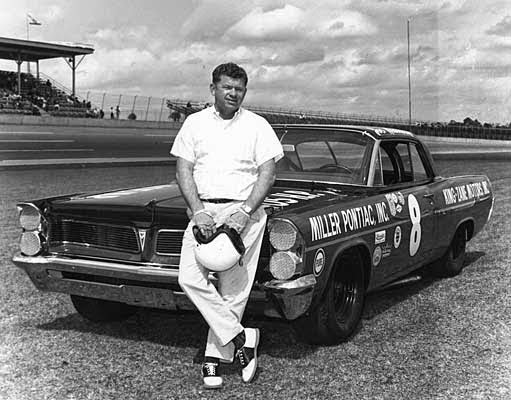 “They were fearless on the track but also fearless as far as their habits and lifestyles,” said NASCAR Productions archivist Ken Martin in a Nov. 27, 2014 National Speed Sport News feature written by Ben White. “No one loved to throw a party more than Curtis. Joe was more the comedian and Curtis loved a good laugh.”
Earl Swift, writing in Norfolk’s Virginian-Pilot in 2007, remembered Weatherly as “a rough-and-tumble Southern rogue. Weatherly was the archetype of the early NASCAR hero, an inveterate practical joker and hell raiser.”
No surprise, Weatherly was voted the premier series’ Most Popular Driver in 1961.
Joseph Herbert “Joe” Weatherly was born May 29, 1922. He served in World War II – as did his later car owner and NASCAR Hall of Famer Bud Moore – with the 809th Aviation Battalion Engineers of the U.S. Army Air Corps. Discharged in November 1945, Weatherly raced motorcycles from 1946 through 1950 winning a pair of AMA championships as well as the 1948 Laconia (New Hampshire) Classic that resulted in his posthumous induction into the organization’s Hall of Fame in 1998.
“Little Joe,” as he’d became known, switched to stock cars telling a reporter for Consumer Guide, “I like having something between my head and the ground when I crash.” 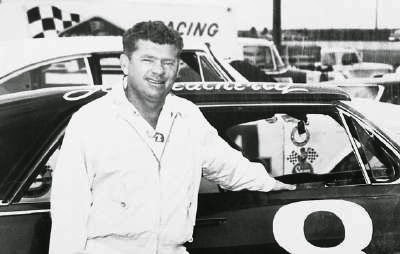 Weatherly proved to be a fast learner on four wheels. Between 1952 and 1953, he won 101 NASCAR Modified races as well as the division’s championships in 1953. Weatherly’s first premier division start came in Darlington Raceway’s 1952 Southern 500. He finished 16th driving Donlavey’s Hudson.
Weatherly’s initial premier series victory came on Aug. 10, 1958 in the inaugural race at Nashville Speedway. He drove a Holman-Moody prepared Ford convertible in the “Sweepstakes” event that was open to both hard and soft top cars. Weatherly was no stranger to the open top cars winning 12 times in NASCAR’s short-lived convertible division.
After winning the opening race of the 1961 season in Dr. Bradford “Doc” White’s Ford, Weatherly gave his competitors a taste of NASCAR’s future. Racing in just 25 of the schedule’s 52 events – most of them in Moore’s No. 8 Pontiac – Weatherly posted nine victories, good for a fourth-place championship finish behind champion Ned Jarrett, a NASCAR Hall of Fame Class of 2011 inductee.
The duo stepped up for a full campaign in 1962. Weatherly again won nine times including his Daytona 500 qualifying race which, at the time, carried NASCAR premier series points. With 45 top-10 finishes in 52 starts, the 40-year-old Weatherly beat NASCAR Hall of Famer Richard Petty by more than 2,000 points to become Virginia’s only premier series champion. Moore also captured his sole owner’s title.
Moore reduced the team’s schedule in 1963 forcing Weatherly to beg and borrow cars from fellow competitors – frequently driving what politely could be called semi-competitive equipment. Weatherly persevered, winning three times and again bested Petty, who counted 14 trips to Victory Lane. What would be his last victory and 20th with Moore came at Hillsboro, North Carolina on Oct. 27.
True to form, Weatherly quipped, “I had greater luck (than Petty), rather than greater skill. I was lucky to get rides when I needed them.”
Weatherly’s luck ran out several months later in Southern California. Laps behind due to an early race mechanical problem, his No. 8 Mercury left the track entering Riverside’s Turn 6 and skidded into a steel retaining wall. Weatherly, without a shoulder harness or window net, died when his head struck the barrier.
Weatherly was named one of NASCAR’s 50 Greatest Drivers in 1998. He previously was inducted into the Virginia Sports Hall of Fame, National Motorsports Hall of Fame and National Motorsports Press Association Hall of Fame. Darlington Raceway’s stock car racing museum was christened in Weatherly’s name upon its opening in 1965.
Posted by Dave Moody at 1:09 PM