Almirola, RPM Off To Encouraging Start 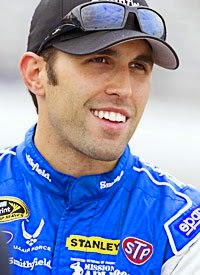 Richard Petty Motorsports completed NASCAR’s three-race West Coast swing Sunday at the Auto Club Speedway in Fontana, California.  After an 11th-place finish, Aric Almirola and the No. 43 Smithfield Ford team are now ranked 10th in the NASCAR Sprint Cup Series championship points after five races.
That standing for the No. 43 team is the best since Paul Menard led RPM to ninth place in points after five races in 2010.  Since that time, RPM has debuted a new ownership group and moved into a new building with the capability to work on its own bodies.
"We are controlling a little bit of our own destiny and we have seen some positive results early in the season," said Sammy Johns, Director of Competition. "We have a lot more work to do, and we need to get the '9' team higher in points, but we're encouraged with the direction and momentum early in the year."

While Almirola is off to the best of his Sprint Cup Series career, he also knows there is room for improvement.
"We are not where we want to be, but we're making the most of our races and getting the best finishes possible," he said. "We all know we have room to improve, but I'm proud of the effort our team is putting in each Sunday to get good results so far."

Sam Hornish Jr. and the No. 9 Ford team haven't had the racing luck they have hoped for to start the season, but they know that it won't take a lot to turn their season around.
"We know that we can turn this around pretty quickly," said Hornish Jr. "Our team has great guys and we just need to keep our heads down.  If we do that, the results will come."

RPM now heads to the Martinsville (Va.) Speedway where they have six Top-10 and two Top-5 finishes.