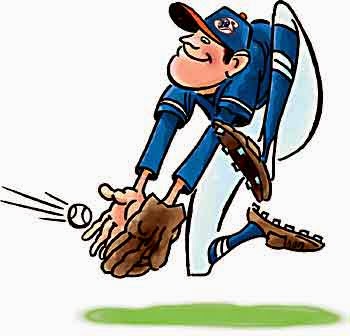 Race fans attending the third annual Dover International Speedway vs. Pocono Raceway celebrity softball game were treated to an entertaining afternoon in Trenton, N.J. yesterday. The game was part of NASCAR’s Victory Tour program to promote the upcoming Dover and Pocono race weekends, and was played at ARM & HAMMER Park, home of the Trenton Thunder, prior to their AA League game that night versus the New Hampshire Fisher Cats.

Before the game there was a moment of silence for Steve Byrnes, the well-known NASCAR announcer who passed away on Tuesday after a long battle with cancer. Both teams taped armbands to their jerseys in honor of him.

Pocono got off to a hot start to begin the game, with Wallace Jr. recording the first run of the game, and tacked on two more runs in the second inning with back-to-back home runs from Crockett (WXTU-FM personality), and Pocono Raceway president Brandon Igdalsky.

At one point in the game, with Logano playing defense at second base, a comical collision occurred when Wallace Jr. slid into Logano as he valiantly tried to tag him out. Although Wallace Jr. was ruled safe, Logano got the last laugh by turning a timely double-play to end the fourth inning in style.

Team Dover rode the momentum into the fourth and fifth innings, combining for eight more runs thanks to more power hitting from Flood, who connected on a grand-slam to put a nail in the coffin for Team Pocono.

The drivers met with fans and signed autographs throughout the event, and later joined members of the press for a media session following the game.


NASCAR returns to Dover International Speedway May 29-31, 2015 and includes the May 29 “Lucas Oil 200” NASCAR Camping World Truck Series, the May 30 “Buckle Up 200 Presented by Click It or Ticket” NASCAR XFINITY Series race and the May 31 “FedEx 400 benefiting Autism Speaks” NASCAR Sprint Cup Series race, which will be broadcast on FOX Sports 1 at 1 p.m. ET. For race tickets or more information, call 1-800-441-RACE or visit www.DoverSpeedway.com.
Posted by Dave Moody at 2:33 PM