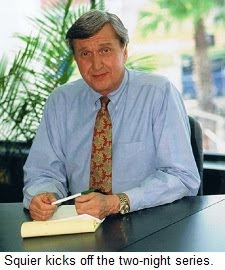 Squier, founder and co-owner of Thunder Road Speedbowl in Barre, VT has been synonymous with Daytona Speedweeks since the 1960’s. He was the public address announcer for many years beginning in 1965, and co-founded the Motor Racing Network. He may be most recognized as the person responsible for brokering the CBS television network's first ever live broadcast of the 1979 Daytona 500.

Squier still is active in short track racing and is behind the microphone for many weekly races at Thunder Road. He will continue his work with SPEED next month, bringing historic insight to viewers during 2011 Speedweek events at Daytona. He will also call the first-ever ACT event at the New Smyrna Speedway on Sunday night, February 13. 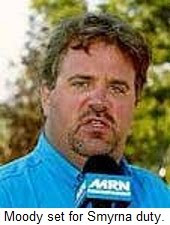 Moody was the voice of both ACT and Thunder Road for over 25 years. He began his announcing career while still in college and set a national standard for weekly announcing and touring series contests. He was responsible in large part for helping the NASCAR North and the ACT Touring Series become two of the premier touring circuits in the United States and Canada.

Moody is now a senior member of the Motor Racing Network and has become one of the most familiar voices in motorsports as host of Sirius Speedway; a live, daily motorsports talk show on Sirius/XM Radio. He will assume the New Smyrna Speedway announcing duties for the Monday night 100-lap feature event on February 14.

“This certainly adds another dimension to our first-ever Florida visit. Being able to have Ken and Dave leave their duties at Daytona and join us in New Smyrna is really special for our organization,” said Tom Curley, President of the American Canadian Tour. “Both Ken and Dave have been essential ingredients to the success we have enjoyed at both Thunder Road and on our various tours over the past three-plus decades. I know our teams will appreciate their participation at New Smyrna, and the real benefactors will be the fans. It should be a lot of fun both Sunday and Monday night,” concluded Curley.

Post time for the World Series of Asphalt Stock Car Racing is 7:30 each night.
Posted by Dave Moody at 1:03 PM