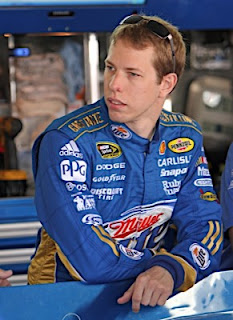 Brad Keselowski has elevated his game to previously unheard-of levels this season. And he has taken Jimmie Johnson along for the ride.

With the exception of Tony Stewart’s five-win Chase a year ago, nobody has succeeded in taking the championship battle to Johnson in the last six years. The Hendrick Motorsports driver has been able to dictate the tempo of his five successful title hunts, winning more races than the competition and running consistently enough when he didn’t win to keep his pursuers at bay.

This time around, though, it’s different.

Instead of a healthy 15, 20 or 25-point advantage with three races remaining, Johnson’s current edge is just two points. No meltdown needed, no colossal collapse, not even a substantial glitch. In fact, Johnson can finish in the Top Three in all of the remaining races and still lose the title. Win, lose or draw, Keselowski has pushed Johnson harder – and farther – than anyone has pushed him before.

Over the years, Johnson, crew chief Chad Knaus and the No. 48 team have seemingly been immune to pressure. They go about their jobs in an efficient, workmanlike manner, capitalizing on every opportunity and rebounding efficiently from their infrequent miscues.

This year, the same can be said for Keselowski.

He and crew chief Paul Wolfe went to Dover International Speedway last month as major underdogs, having never finished in the Top-10 there in five career Sprint Cup Series starts. Johnson was widely heralded as the favorite to win on the Monster Mile, but at the end of the day, it was Keselowski in Victory Lane. Johnson held a major statistical edge last weekend at Martinsville, as well, and while he once again drove the Lowe’s Chevrolet to Victory Lane, Keselowski was close behind with an overachieving sixth-place finish. 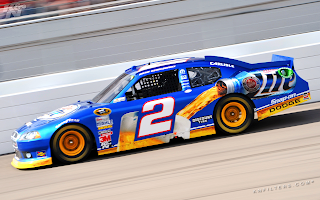 “We did what we needed to do today for sure,” said Johnson Sunday. “We have done a very nice job over these seven races to put us in the points lead (and) we’re ready to race under any conditions. But he is a great driver (with) a great team. The next three races will tell the tale.
“Anything can happen,” he said, insisting that with just a little bad luck for the lead pair, “Bowyer is your champion. There are a lot of laps to be run with three races left. It’s hard to say that even Hamlin is out of it yet."
For his part, Keselowski does not sound like a man unhappy to be battling from behind.
“I feel really confident going into Texas and Homestead,” he said. “I feel like those are two races we can race (Johnson) heads-up on speed and maybe even a little better. I'm not quite so sure about Phoenix, but I'm feeling great. It's like being in a war and surviving the battle.”
Now, Keselowski can be the hunter, rather than the hunted. He can counterpunch, playing whatever strategy card Johnson does not in an effort to claim the 2012 title. And like like Johnson, the Penske Racing driver predicted that the 2012 title fight will go right down to the final laps.


“This championship is going to come down to Homestead,” he said. “You have to be in a position where you're in sight of it. We need to do what we need to do to be in contention at Homestead. I'm sure it's going to be a duel there.
“We'll keep fighting the good fight.”
Photo: HHP Photo/Alan Marler, K&N