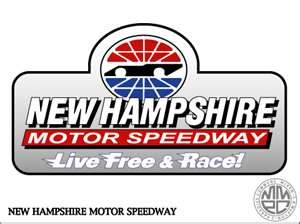 The baby born in the parking lot at New Hampshire Motor Speedway last month has died.


The Manchester (NH) Union Leader is reporting that Katie Anne Herbert, whose mother went into labor on Sept. 14 and gave birth at the track while en route to the hospital, was found unresponsive and not breathing at her family’s home in Laconia, NH, Monday, and pronounced dead at Lakes Region General Hospital.
Police and emergency medical personnel reportedly responded to a 9-1-1 call just before midnight Sunday, and efforts to revive her; one scene, in the ambulance and at the hospital were unsuccessful.
Two-week old Katie and her mother attended the recent NASCAR Sprint Cup Series race at NHMS, after track president Jerry Gappens promised her and her family free tickets for life.


Foul play is not suspected.
Posted by Dave Moody at 4:45 PM