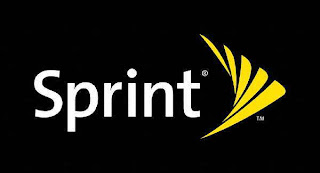 Tokyo-based mobile carrier Softbank Corp. has reached a deal with Sprint Nextel Corp. to acquire 70 percent of Sprint for $20.1 billion; the largest ever foreign acquisition by a Japanese company.

The deal was announced today at a joint news conference in Tokyo by Softbank President Masayoshi Son and Sprint Chief Executive Dan Hesse. The deal has been approved by the boards of both companies, but still needs approval from Sprint shareholders and U.S. regulators. Softbank said the deal is expected to be completed by the middle of next year.

The deal will bring together the third biggest mobile carriers of both Japan and the U.S., underlining the growth ambitions of Softbank.


Under the agreement SoftBank $12.1 billion of the total will be distributed to Sprint stockholders, with the additional $8.0 billion used as new capital to strengthen Sprint’s balance sheet. Approximately 55% of current Sprint shares will be exchanged for $7.30 per share in cash, with the remaining shares converted into shares of a new publicly traded entity, New Sprint. Following closing, SoftBank will own approximately 70% and Sprint equity holders will own approximately 30% of the shares of New Sprint.
There is no word yet on how – or if – the sale will affect Sprint’s sponsorship of the NASCAR Sprint Cup Series. Sprint’s headquarters will continue to be located in Overland Park, Kansas, and Hesse will continue as CEO of New Sprint and as a board member.  Three current members of Sprint’s current board of Directors will serve on the 10-member board of New Sprint.
Posted by Dave Moody at 9:34 AM