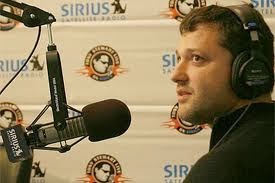 
Stewart and co-host Matt Yocum will broadcast live from Charlotte, NC, where they will review the year that was in NASCAR.  Stewart will share his thoughts on the most memorable moments of the year on the track and off, talk live with 2013 NASCAR Sprint Cup Series champion Jimmie Johnson about his sixth career title, and discuss Stewart-Haas Racing’s prospects for 2014 and his recovery from the accident that sidelined him earlier this year.
“Being out of the car for the last few months has given me a whole new perspective on our sport,” said Stewart.  “While I haven’t been in the driver’s seat I’ve stayed extremely close to everything that happened on the track and in the garage.  Matt and I are excited to get back on our SiriusXM NASCAR Radio mics for another edition of Tony Stewart Live and talk with the fans about last season and look ahead to 2014.”
“SiriusXM NASCAR Radio listeners know you can’t close the books on the NASCAR season until Tony gets on the air and gives his take on what happened on and off the track,” said Scott Greenstein, SiriusXM’s President and Chief Content Officer.  “On December 3 the fans get the chance to interact with Smoke and Matt live on air and be part of another great edition of Tony Stewart Live.”
Fans can call in to the show to talk live with Stewart and Yocum (1-800-PIT-LANE) or share their thoughts on the season by tweeting @SiriusXMNASCAR and using hashtag #TSL.
The broadcast will be available to listeners nationwide on SiriusXM NASCAR Radio, channel 90 on Sirius and XM Premier, and on the SiriusXM Internet Radio App.
Posted by Dave Moody at 12:26 PM