With Two To Go, Harvick Looking Back... And Forward 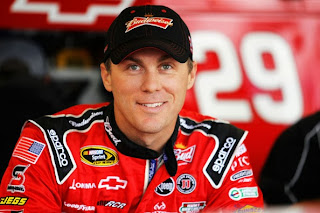 On the one-year anniversary of the announcement that he would leave Richard Childress Racing at season’s end, Kevin Harvick looked back on the past 12 months and said there was no game plan for completing the 2013 season as a lame duck team.


“I don’t know that anybody really knew what to expect,” he said. “It’s kind of been a week-by-week thing. I think everybody has worked through it fairly well. The performance has been good (and) we’ve been able to win several races as we’ve gone through the year.
Despite a much-publicized dustup two weeks ago at Martinsville Speedway, Harvick said he will remember his time at RCR as overwhelmingly positive.
“Richard and I were talking last week… about the things that we’ve been able to accomplish and do, and situations we have been through,” he said. “We had the incident at Martinsville, but it’s definitely not the hardest situation we’ve been through as owner and driver. We both have been fortunate to have a lot of success, and (we) look forward to the next chapter. For instance, this will be the last Nationwide race that we run for RCR. We’ve won 30-some Nationwide races, a couple of driver’s championships (and) I think four or five owner’s championships. It’s been very successful.
“It’s kind of like being a part of a family,” Harvick said. “You have some spats, you have some things (go wrong). It seems like each instance makes you closer in some kind of way.”
He said that while he expects the team dynamic at Stewart Haas Racing to be different than what he experienced at RCR, there is a similarity between Childress and Tony Stewart. 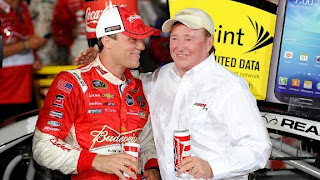 “It is good to have somebody who challenges you (and) I think that Tony will challenge me in a different way. For myself and Richard, you push him, he pushes you and you meet in the middle and (do) something that pushes the whole company forward.
“I think the roles will be defined a bit more as we start racing next year. Tony’s passion for the sport, the championships that he’s won and the things he has done on the race track… will push you to respect the things (he’s) talking about.
“Same thing with Kurt (Busch),” he said. “He’s won a championship and a lot of races. As you look at the cast of characters going into next year, it’s going to be a really new group of people from a lot of different areas. It will definitely take a while for it to build into what it is going to be.
“The bottom line is it’s a group of racers,” said Harvick. “That’s what we’re here to do and I feel very comfortable with the crew chief choice for my car. Rodney (Childers) is very calm, but he’s also very engineering-minded, very competitive and loves to race. (Current RCR crew chief) Gil Martin has been a guy that can corral everything and take it in-house and figure out how to fix and make it better. I look at Rodney as a very similar person, so I think the balance will be very similar.”
With a 40-point deficit to leader Jimmie Johnson and only two races to erase it, Harvick readily admits that he is a longshot for the 2013 championship.
“Forty points is a lot to overcome,” he said. “We can control how we run, and that’s about it. Having both of those guys (Johnson and Matt Kenseth) have major catastrophes in two races is asking for a miracle in my mind. We still have a lot to race for, though, and two great tracks for us coming up.
“We’ll just control the things we can control and go from there.”
Harvick said being out of realistic title contention will significantly lower his stress level over the final two weeks of the season.
“It is definitely less stressful,” he said. “We wish we were closer to being in the top two, (but) we had one bad race at Loudon. I think we’ve averaged a seventh in the Chase as far as finishing positions, (but) we haven’t been where we need to be as far as keeping up with those two guys, winning races and finishing a little bit better.
“I can’t complain about the season, nor the finishes that we’ve had in the Chase. We knew we needed to win at least one race in the Chase, and we accomplished that. It just happens to be a year where you need to win a couple or three races in the Chase and finish in the Top-5a lot. It has not been anything to complain about. We just have to keep doing what we’ve been doing, and try to win one (or both) of the last two races.”
Posted by Dave Moody at 3:27 PM