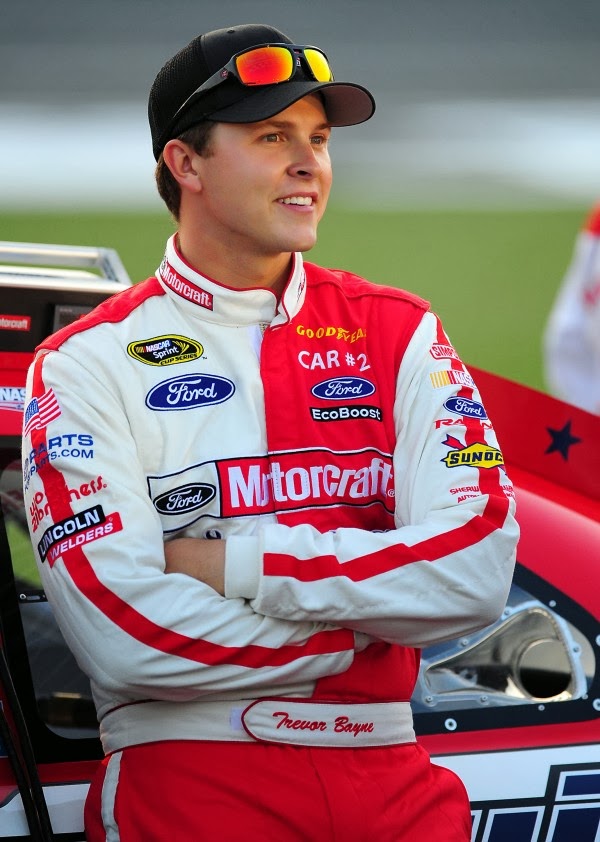 After being diagnosed with Multiple Sclerosis late last season, Trevor Bayne returns to the site of his 2011 Daytona 500 victory focused on his health, his faith, his race team and another win in “The Great American Race.”

The Knoxville, Tenn. native was diagnosed with MS in November of last year after undergoing testing at the Mayo Clinic to determine the cause of the double vision, fatigue and nausea that first plagued him in 2011. After an initial diagnosis of Lyme Disease, doctors finally settled on MS, a central nervous system disorder that disrupts nerve function and can result in numbness, tingling, or even paralysis.

“At first, you don’t want to hear something like that,” said Bayne of his diagnosis. “You always want to be invincible, (but) when I got that diagnosis, it became reality.  It was tough at first, but I knew that God wasn’t just doing that to do it.  He’s seen me through everything, good things or bad.  I knew he was going to stand by my side through all of it, and to me, it’s just another platform to reach people.”

Bayne said he has received an outpouring of support and encouragement from both NASCAR fans and MS sufferers in the last few months.

“It’s been really cool getting their feedback,” he said. “They send magazines with articles about ways to get better – all kinds of stuff – and it’s all because they care.  Fortunately for me, I haven’t had symptoms, so it’s been nice. But there are fans that do and I want to be as supportive for them as they’ve been for me.  It’s been a huge encouragement with all the people that have reached out.”

Bayne stressed that he is currently symptom-free, and hopes to remain that way. “At this point, it does not (affect me) and hopefully, it never will. But none of us can be 100-percent sure of anything, and that’s for sure with this.

“To me, it’s just taking it day by day. I’ve been great so far, and hopefully it will stay that way. I want to be a Sprint Cup champion one day… then hopefully you can do it more than once.  It might take a few years after (I) get the first one, but I see (racing) as being the only thing I’ve ever done and the only thing I’ll hopefully do. I’ll stay in it as long as I can be competitive.

“I’ve been working really hard this off-season to get more fit,” revealed Bayne. “With my diagnosis last year, I wanted to turn everybody away from that by showing them I can do everything that I did before.  So this off-season, I’ve been working out about three hours every day – from 8 o’clock to 11 o’clock – and that’s kind of been my routine. We’re doing the triathlon style training and that’s been fun for me because it mixes things up with the swim, the bike and the run.