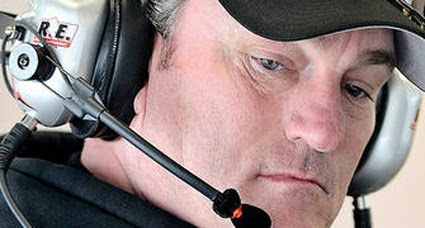 Tommy Baldwin Racing has hired Todd Parrott to serve as crew chief for the No. 36 Chevrolet for the 2014 NASCAR Sprint Cup Series season.


Parrott has worked with multiple teams within the industry for over 20 years, making his debut as a crew chief in 1995 with Robert Yates Racing. Following in the footsteps of his father -- North Carolina Auto Racing Hall of Famer Buddy Parrott – he won a championship in 1999 with NASCAR Hall of Famer Dale Jarrett. Parrott currently ranks third in wins among active Sprint Cup Series crew chiefs with 31 wins, including two Daytona 500's and two Brickyard 400's.


"I'm glad to get back to the sport I love, and I've missed," said Parrott, who recently completed NASCAR’s Road To Recovery program after failing a substance abuse test late last season. "I'm looking forward to working with Tommy, Bono, Michael, and the driver of the No. 36. I'm hoping to try and build this team into something bigger and better. I'm humbled. I'm going to continue to do what I know how to do and just try to make racecars go fast. I'm tickled to be here."
Team owner Tommy Baldwin also commented on Parrott’s hiring, saying, "We at TBR are excited to take another step and grow our company with Todd Parrott. He will be a great addition to the team. I think it's important for everyone in this sport to have a second chance. Todd has earned that right by handling everything as a professional, by going through the NASCAR mandated recovery process. He has two Daytona 500 wins, and a Championship, which has earned him his right in the industry, and we are proud to have him on board to help take the No. 36 to a new level."
Posted by Dave Moody at 2:37 PM