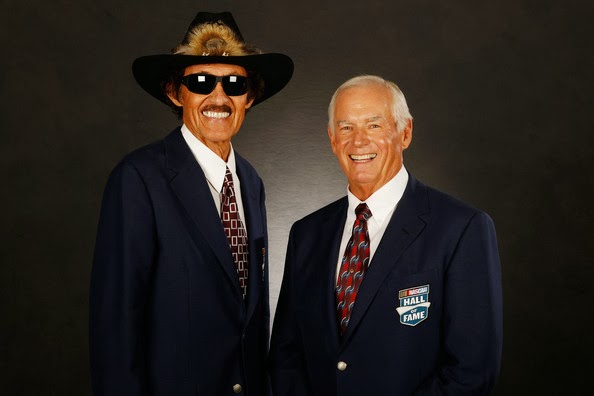 One of racing’s most potent partnerships is reuniting for the STP 500 at Martinsville Speedway on March 30.

Richard Petty and Dale Inman, who combined for more wins than any other driver-crew chief team in the history of NASCAR, have been named Grand Marshals of the STP 500.

“We are so honored to have two of our sport’s greatest legends to be the Grand Marshals for the STP 500,” said Martinsville Speedway President Clay Campbell. “When I look at what Richard and Dale did together, I’m just amazed. The two of them set records that will never be broken.”

With Petty behind the wheel and Inman turning the wrenches and calling shots from the pits, Petty Enterprises dominated the sport for nearly three decades. They combined for 193 victories and eight championships, both records for a driver-crew chief.

Fittingly both Petty and Inman are enshrined in the NASCAR Hall of Fame.

Petty and Inman notched 15 wins together at Martinsville Speedway, tops for both driver and crew chief at the historic half-mile track.

“Richard and Dale were practically unbeatable here for a lot of years,” said Campbell. “They had Martinsville figured out like no one else at the time. It was the closest track to their home, so it meant a lot for them to win here, too.”

And they will get one more chance to shine at Martinsville Speedway when they give the command for drivers to start their engines on March 30.

Tickets to the STP 500 on March 30, the Kroger 250 on March 29 and Pole Day on March 28 can be purchased by calling 1.877.RACE.TIX. Tickets may also be purchased online at www.martinsvillespeedway.com. Tickets for youth 12 and under are just $10 in the Clay Earles Tower, rows 15-52. Teen tickets (ages 13-17) in the same area are $25. Youth and teen ticket prices are good with the purchase of an adult ticket. Youth 12 and under are admitted free to the Kroger 250 NASCAR Camping World Truck Series race on March 29 and to Pole Day on March 28. Adult ticket prices for the STP 500 start at $37.
Posted by Dave Moody at 3:29 PM