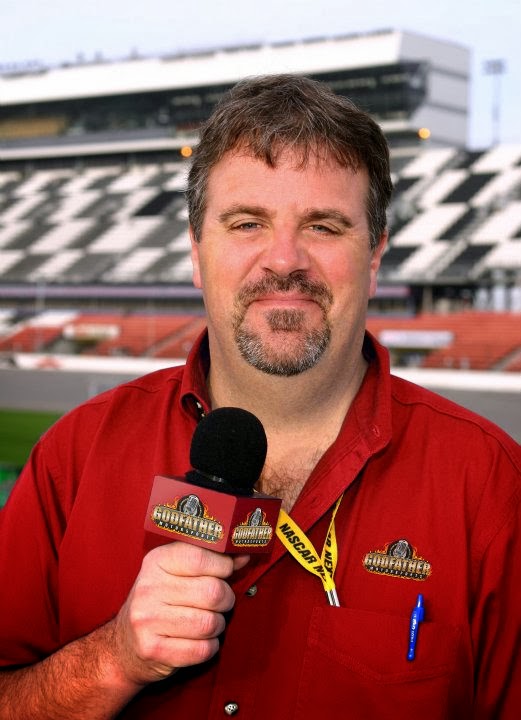 NASCAR set an ambitious goal for itself prior to the start of the 2014 season, saying it would attempt to eliminate tandem drafting in restrictor plate races at Daytona and Talladega.

The sanctioning body informed teams last month that drivers who attempted to execute tandem drafting maneuvers during Speedweeks 2014 at Daytona would be summarily black flagged, in an effort to improve competition by eliminating the nose-to-tail, two-car drafts that gained competitors more than four miles per hour over traditional drafting formations in recent seasons.

“It’s a simple rule,” said Nationwide Series director Wayne Auton at the time. “If your bumpers are locked, you’re pushing. You can bump draft all you want, but don’t lock bumpers and push someone, or we’ll black-flag you both.”

Despite ESPN in-car footage that showed the cars bumping repeatedly, but never locking bumpers, Buescher was summoned to pit road by NASCAR to serve a pass-through penalty. Keselowski was not sanctioned, leaving Buescher baffled, confused and angry.

“(NASCAR) said if you bounce off the car in front of you, there’s no call,” said Buescher after a disappointing, 16th-place finish. “As far as I’m concerned, there was only bouncing. I never locked the bumper. We had been bouncing off of everybody’s bumpers all day. Everybody had.”
NASCAR vice president of competition Robin Pemberton disagreed, insisting that ESPN’s cameras had failed to capture the entire incident. He also explained NASCAR’s decision to penalize only Buescher, saying the Texas driver "was more the aggressor in the situation.”

That explanation ran contrary to every utterance made by the sanctioning body since the rule was introduced on January 12. Not once since their initial announcement has NASCAR made any mention of “aggressors.”

Instead, a parade of NASCAR officials has insisted – one after another -- that it takes two to tango. NASCAR repeatedly pledged to penalize both drivers for violations of the tandem drafting rule, doggedly insisting that the technique only works when both leader and pusher work together, as one.

NASCAR talked the talk, but they failed to walk the walk.

The sanctioning body blew the call -- first time out of the box – by convicting Buescher on sketchy evidence, while letting Keselowski go free. They then compounded the error by missing (or overlooking) several more egregious violations in the race’s final laps. Keselowski, Kyle Busch and others locked bumpers for most of the final two laps in an effort to overhaul eventual winner Regan Smith, yet somehow failed to incur the wrath of NASCAR.

“They had to make an example out of somebody,” said a steaming Buescher afterward. “I saw people that actually had their bumpers locked and didn’t get penalties, so I’m still a little bit baffled by it. We were running solidly in the Top-10 all day and probably would have had a Top-5 finish, if not a shot at the win. It really is unfortunate.”
One month ago, I wrote in this space that, “on the final lap of next month’s “DRIVE4COPD 300” at Daytona, someone will absolutely attempt to – excuse the verbiage – push the envelope. NASCAR will be placed in a position of deciding the outcome of the event, either by black-flagging a prime contender within sight of the checkered flag, or by swallowing the whistle and allowing the race to run to its logical conclusion. Either way, water cooler talk on Monday morning will center on the umpire, rather than the game. And that’s a bad thing, no matter how you slice it.”

Those words seem sadly prophetic today, as NASCAR scrambles to explain how such a clearly stated rule could be so poorly -- and unfairly -- implemented.

Pemberton pledged to speak with drivers and teams after the race, to solicit opinions on the new rules package. The feedback he received cannot have been positive.