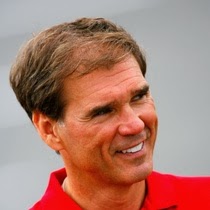 Ray Evernham will return to the competitive side of NASCAR this season, working as a consultant for the team with which he won multiple championships in the 1990s.

Evernham told Sirius XM NASCAR Radio’s SiriusXM Speedway Tuesday that he will not return to his television analyst’s role with ESPN in 2014, returning instead to the race track with Hendrick Motorsports.

I have been working for the Hendrick Companies for two or three years, but I was able to do the ESPN job because I really didn’t have any involvement over at (Hendrick) Motorsports. Now, not doing the ESPN thing will allow me to be involved in management and some of the things that they're doing at Motorsports.”

“I'm excited about being involved with the management team at Hendrick Motorsports,” said Evernham. “But I never wanted to be the guy sitting there in the (ESPN) Pit Studio, making believe I don’t know about something, when I actually sat in the meetings and knew what was going on. Hendrick Motorsports is a big part of what’s going on in NASCAR, and the best thing for me to do is to focus on my job there and not put ESPN or Hendrick in a compromising position.

“I don’t want to lose my credibility with my fans and friends… and the best way to avoid (that) conflict of interest is to choose one or the other.”

Evernham stressed that while he may be spotted atop a pit box from time to time this season, he is not interested in reprising his former role as crew chief.

“That’s safe to say,” laughed Evernham, who won Cup Series championships with Jeff Gordon at HMS in 1995, 1997 and 1998. “I’ve said that, time and time again. I’ll be working with everybody at Hendrick Motorsports. I've met with the crew chiefs (and) I think I've got a good perspective on the different challenges they face. (My job) will entail a lot of different responsibilities. I will go to meetings and be involved in competition things that I've not been involved with for the past three years or so.

“I may be on top of a pit box, but it’ll be one where they have an empty seat for me to sit down. It won’t be because I have any responsibility there.”
Posted by Dave Moody at 11:30 AM