Allmendinger Motivated By Lack Of Respect 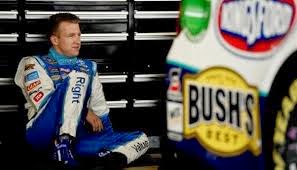 Nobody has AJ Allmendinger penciled in to win the 2014 NASCAR Sprint Cup Series championship, and he knows it.

But the JTG Daugherty Racing driver also knows that nobody associated with his race tram is satisfied with making the championship Chase.


“We’re contenders because we’re here and we’ve got a shot at it,” he insisted. “But I’m also not blind to the fact that if you set myself against Jimmie, he’s favored. I understand that.”
In fact, Allmendinger said he and his team are motivated by the lack of respect afforded them by some observers.
“Vegas… made odds for 14 drivers, then me and Almirola were just ‘The Field’ for the championship,” he he laughed. “There were 14 names with odds and then ‘The Field’ at 500 to 1.
“I understand it,” said the former Champ Car and Indy Car star. “I relish it, honestly. I like being the underdog team. Tad and Jodi started this team in a barn in ’94, so they’ve always been an underdog. I don’t take offense to it, I just smile and say, ‘I like being under the radar.’ Hopefully, we can go make some noise and make some guys mad by knocking them out of the Chase.”
The opening “Challenger Round” of this year’s Chase includes races at Chicagoland, New Hampshire and Dover Speedways. At Chicagoland, Allmendinger has recorded Top-20 finishes in four of his five career starts, with a pair of 13th-place showings; one of them coming last season. New Hampshire provided a Top-10 finish in 2010, but otherwise has been one of Allmendinger’s weakest statistical tracks. At Dover, he qualified second and led 143 laps for Richard Petty Motorsports in the fall of 2010, before fading to 10th at the finish. He has also had other strong runs on the Monster Mile in the past, without being able to see them through to the checkered flag.
“We’ve just got to be at our best,” he said. “I look at a race like Dover (and) depending on how the first two (races) have run… if we have to win it to stay in it, then (we’ll) start taking some chances.
“We’ve got to be as close to perfect as possible.”
Posted by Dave Moody at 5:32 PM