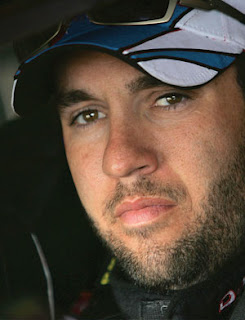 Sadler will also drive the No. 55 Toyota in the August Bristol event, both Martinsville races and the July 15 race at New Hampshire Motor Speedway.

“This is an awesome opportunity,” said Sadler. “We’ve been talking about this for a while, but wanted to get through Daytona before we announced it to everyone. If I had to pick a place on the circuit to start, Bristol would be my first choice. I’ve had a lot of good memories at Bristol. Martinsville is in my home state of Virginia and I’ve always enjoyed racing at Loudon. I can’t thank Michael and everyone at MWR enough for giving me this opportunity.”

Waltrip explained how Sadler came to drive the No. 55, saying, “Elliott has the experience and attitude we were looking for. We’ll pair him with Crew Chief Rodney Childers, who builds really fast cars. We believe Elliott will do a great job.”

Waltrip drove the No. 55 in the Budweiser Shootout and will run in four more races in 2012. Mark Martin will drive the No. 55 in 24 races plus the All Star Race in Charlotte. MWR will name a driver for two road course events at a later date. Sadler is also competing full time in the NASCAR Nationwide Series for Richard Childress Racing. The Emporia, Va. native finished 27th in the Daytona 500 for RCR.
Posted by Dave Moody at 5:36 PM