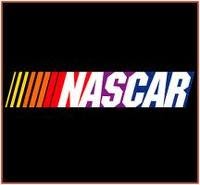 “Some of the world’s most profitable and successful corporations choose NASCAR to help drive their businesses,” said Brian France, NASCAR chairman and CEO. “These companies bring a great amount of rigor to where they make investments. This is especially true when it comes to marketing – and the sponsorship channel in particular – where they are looking for strong return on investment.”


Although being a Fortune 500 company is the gold standard of success for publicly-traded companies in the United States, there are several global corporations currently involved in NASCAR that were not included in the review because they do not meet Fortune’s domestic criteria.
“There are more opportunities for companies to become involved as sponsors in NASCAR now than there were four years ago, when there was a different dynamic in both the economy and media and marketing landscape,” said Steve Phelps, chief marketing officer for NASCAR. “We have the most brand loyal fans in all of sports. More than three out of five avid NASCAR fans agree that even in tough economic times, they will continue to support NASCAR sponsors over other brands.”
To be eligible for the Fortune 500, a company must be based in the U.S. and be publicly traded. The companies in consideration actively utilize NASCAR as marketing vehicle through a team, track or NASCAR official sponsorship, licensing agreement and/or a media partnership.