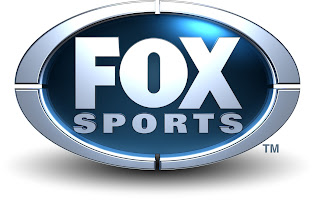 FOX Sports and NASCAR have announced a new, two-year extension of their multi-platform, multi-series media rights agreement through 2022. The new pact extends the agreement from 2015 through the  2024 season, and gives FOX Sports exclusive rights to three additional NASCAR Sprint Cup Series events and the first 14 NASCAR Nationwide Series races of each season.


FOX Sports secured exclusive rights to the entire NASCAR Camping World Truck Series season through 2022 last fall and that agreement has also been extended through 2024. Financial terms of the extended pact were not disclosed.
NASCAR’s media rights package for 2015 and beyond is now complete, with FOX Sports holding rights to the first 16 NASCAR Sprint Cup Series races, the first 14 NASCAR Nationwide Series races and entire NASCAR Camping World Truck Series schedule. NBC will televise the final 20 NASCAR Sprint Cup Series races, the final 19 NASCAR Nationwide Series races and the NASCAR K&N Pro Series and NASCAR Whelen Modified Tour events, beginning in 2015.
Under the new deals, NASCAR will have the same number of NASCAR Sprint Cup races on network television – 16 – as it does in the current television package. FOX Sports will broadcast nine races and NBC will show seven.
“FOX Sports has been an outstanding partner for NASCAR and we could not be more pleased with the additional commitment they are making to our sport and the fans,” said NASCAR Chairman and CEO Brian France. “FOX Sports has delivered for our fans a number of innovations that have changed how our sport is presented, and our entire industry has now come to expect excellence from NASCAR on FOX. We believe this new agreement underscores our shared commitment to the fans over the next decade.”
FOX Sports began broadcasting live NASCAR races in 2001 and will launch its new all-sports network, FOX Sports 1, on Aug. 17 with a live broadcast of the NASCAR Camping World Truck Series race from Michigan International Speedway as the network’s first-ever live event. NASCAR will be an anchor property for FOX Sports 1 and has been a large part of the promotional efforts to launch the new network. This new agreement marks the return of the NASCAR Nationwide Series to FOX Sports, a series it broadcast as part of its original package beginning in 2001.
“FOX Sports is now the exclusive home of NASCAR, the most popular racing series in America, for the first five months of every season through 2024,” said FOX Sports Co-Presidents and COOs Randy Freer and Eric Shanks. “The NASCAR Nationwide Series is second only to NASCAR Sprint Cup as the most-watched form of auto racing in the country. FOX Sports now owns the sport every weekend from Speedweeks and the Daytona 500 through June, and we expect these events to provide significant viewership for FOX Sports 1. The addition of Nationwide to the 1,100 hours of original motorsports programming already scheduled clearly puts FOX Sports at the front of the race to serve motorsports fans in the U.S.”
“We obviously are excited to extend our relationship with FOX Sports with a good balance of racing on the FOX Network,” said NASCAR VP of Broadcasting and Productions Steve Herbst. “NASCAR on FOX has been very popular with NASCAR fans everywhere and we believe its expanded schedule will strengthen its relationship with the fans and provide the sport with many opportunities to cross-promote and grow our combined audiences.”
Summary of FOX Sports’ Exclusive Rights (2015-2024):
·         First 16 NASCAR Sprint Cup Series points races of each season, including the Daytona 500
·         Nine on FOX Sports and seven on FOX Sports 1
·         First 14 NASCAR Nationwide Series points races of each season
·         Fourteen races on FOX Sports 1
·         NASCAR Sprint Unlimited, Budweiser Duel and NASCAR Sprint All-Star Race
·         All NASCAR Camping World Truck Series races
Posted by Dave Moody at 4:24 PM