Johnson Promises No Let-Up In Final Weeks Of Regular Season 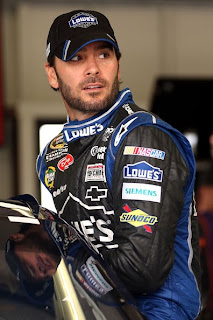 Despite being locked into the 2013 Chase for the NASCAR Sprint Cup with four regular-season races still remaining, Jimmie Johnson said he and his Lowes Chevrolet team have no plans to ease off the competitive throttle.


“The Chase is right around the corner and we’re excited to be here,” said the five-time series champion today. “I certainly want to get the No. 48 to Victory Lane. We’ve tried a lot of years now and have been very close here (a Michigan), but haven’t been able to pull that off.”
Johnson said he and crew chief Chad Knaus will continue to work hard in the coming weeks to expand their point lead and carry a full load of momentum into the Chase.
“We’ve worked really hard to maintain the same mindset,” he said. “There was a year where we started some radical testing and concepts with the car and got off base. We entered the Chase pretty weak and not up to par where we wanted to be. I think we learned that lesson.
“Since then, we really want to perform as good as we can, week in and week out. The way things are anymore, especially with the new car, you have to bring something new to the track each week and keep evolving.
“There hasn’t been a different mindset this year,” he said. “The mindset we started the year with is really where we’re at now. We’ve had pace (and) we’re proud of that. We need to execute. We’ve left some wins on the table and we need to not do that. But, we’ve got to keep inching forward. We can’t sit still.
“We’ll try to carry that momentum right into the start of the Chase.”
Posted by Dave Moody at 1:47 PM